Bettas are some of the most popular fish in the world right now. They come in a huge array of brilliant colors and have loads of personality; enough for you to feel good about naming one! Bettas are also extremely hardy and easy to feed.

But what variety should you be looking for in a new male Betta? The standard colors and solid red, blue, yellow, etc. And there are, of course, multicolored Bettas on display here and there.

How about something a bit fancier? This is where Koi Bettas take the limelight!

What is a Koi Betta?

Koi are typically red, orange, black, or white, and high-quality Koi Bettas are as well. They usually have at least a few blue scales – some, such as the Galaxy Koi Betta have large blue patches. But often Koi Betta have traditional Koi coloration.

Koi Bettas are also much more frequently short-finned, though long-finned Koi Bettas do exist. In fact, Koi Bettas are very similar in shape to Plakat Bettas; they just have a different color pattern.

Another important difference to Koi Bettas is their rarity and price: you are very unlikely to see Koi Bettas in most pet stores. Aquarium specialist stores may carry them as an exotic for Betta lovers but usually you get Koi Bettas in special orders.

Koi Bettas aren’t as expensive as fancy Discus or saltwater fish. But they typically cost $25-50 or even more for a show and breeder-quality male from a distinct lineage. Breeders in Thailand and other parts of Southeast Asia usually ship them to Betta enthusiasts on demand. Finding a Koi Betta at your local fish store by chance is therefore very rare but not impossible!

So what does it take to keep a Koi Betta happy and healthy long-term?

Koi Bettas stand apart from common Bettas in the good looks department but they are just as easy to keep!

Aquarium size isn’t too important for Koi Bettas. They can live in desktop nano aquariums as small as 2.5 gallons. Of course, more space is always appreciated, especially if you want some tank mates for your Betta.

Nano tanks are less expensive and more convenient to find space for. They are also simpler and faster to maintain. But larger aquariums are more stable in terms of water chemistry and temperature, which is better for fish health. They also give you much more space for plants, fish, and the like.

One reason Bettas are so popular is because they are very tolerant of a wide range of water conditions. In their native habitat they are found in shallow, hot, stagnant pools, rice paddies, and creeks in Thailand. Often they are some of the only fish in these overheated, low oxygen environments.

This is part of the reason why Bettas are so hardy: they can breathe air! Bettas (and Gouramis) have what’s called a labyrinth organ. This is a highly evolved gill structure that lets the Betta breathe air. When you see your Betta rise to the surface every few minutes to take a gulp of air, it’s literally breathing!

Since they can live in stagnant water Bettas can live where predators and competitors can’t. They also have an endless supply of mosquito larvae and other baby insects, which are their preferred food source.

But just because Bettas can live in unfiltered, stagnant water doesn’t mean that we should provide this for them. Bettas thrive in heated, filtered aquariums. Especially Koi Bettas, which are usually raised in the best possible conditions their entire lives. A Koi Betta has a higher chance of dying if kept in the conditions many people keep common Bettas in.

Koi Bettas should not be kept in water with a high level of ammonia, nitrite, or nitrate. They are still hardier than most fish to elevated levels. But shoot for 0ppm at all times to keep them healthy and active.

Koi Bettas prefer neutral to acidic water chemistry as well, typically pH 5.5-7.0. They will often do just fine in slightly alkaline water (up to pH 7.8) but they are less likely to breed. Since Koi Bettas are usually a special order you should ask the breeder what conditions they raise their Koi Bettas in. 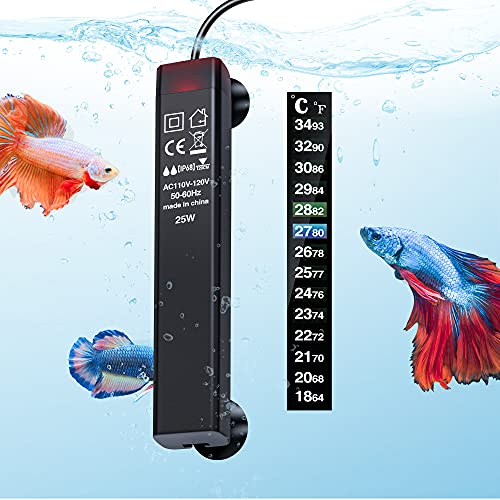 All Bettas also prefer elevated tropical temperatures. They do best at 75-84℉ and are tolerant of temperature swings. But these should always be avoided as they weaken their immune system and open them up to opportunistic diseases like Ich or Fin Rot.

Koi Bettas also prefer sources of plant tannins in their water. Like all bettas they come from regions where there is a ton of both live and dead plant matter in the water. These natural substances are beneficial to both fish and plant health. 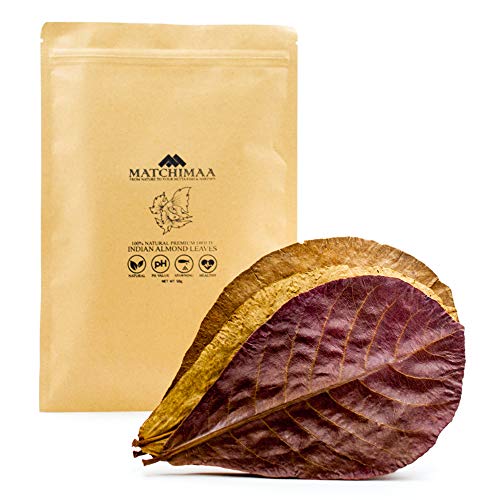 Plant tannins also help buffer the water towards acidity, which increases your chances of your Bettas spawning successfully. If you have a larger tank you can use bottled plant tannins. But for smaller aquariums (20 and under) Indian Almond leaves are an excellent, easy substitute. Driftwood also naturally releases plant tannins and humic acids into the water over time!

Live plants and Koi Bettas are the perfect combination. Plants remove ammonia and other nitrogenous waste by using it as fertilizer. They also absorb carbon dioxide, release oxygen, provide shade, and create a place for your Koi Betta to build a bubble nest.

Plants can be a little more work but they really do add a lot to a Betta tank. Most aquarium plants need lighting that’s a little better than what comes with most fish tanks, though. Plants need photosynthetically active radiation (PAR). 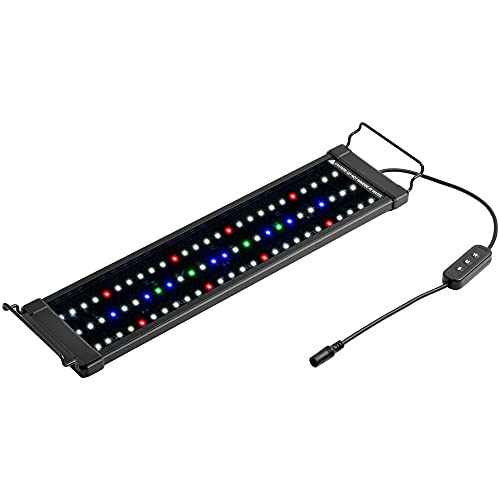 The best plants to keep with Koi Bettas are those that thrive in very warm aquarium conditions. Amazon Sword plants (Echinodorus sp.), Hygrophila sp (which are naturally found in the same region as Bettas), and Red Root Floater (Phyllanthus fluitans).

Red Root Floaters are especially great because they help shade the surface to prevent algae growth. They also provide excellent anchors for Bettas to build bubble nests around when breeding.

The substrate is of no concern to Koi Bettas. You can choose either gravel or sand; whichever looks best to you! I do recommend choosing a substrate that boosts live plant growth, however!

Koi Bettas have a bad reputation when it comes to tank mates. Unfortunately, people think that Bettas are aggressive, even vicious, fish that simply have to be kept alone. The truth is that Bettas are very aggressive – towards each other. And even then, only the males are.

Females can actually be kept in groups called Betta sororities where they get along very nicely. In fact, keeping multiple females to a male is a good idea anyway. When they are ready to spawn the males can harass a female to death in a small tank if she isn’t ready.

Koi Bettas can be kept with just about any fish that isn’t too territorial or too similar in appearance. Bettas of all kinds will sometimes chase after fancy Guppies and other long-finned fish, especially if they are the same color as it.

Gouramis, Angelfish, Killifish, Livebearers, Tetras, and Barbs are just a few of the community fish you can keep with them. Koi Bettas also live peacefully along just about any bottom dweller, including Plecostomus, Otocinclus, Corydoras, and Kuhli Loaches. Bettas are just the right size to live peacefully with both smaller and medium sized fish.

Fin nippers like Tiger Barbs and Giant Danios can often be problems for long-finned Bettas. But since most Koi Bettas have shorter fins you will be just fine keeping them together.

Avoid aggressive, territorial fish. Dwarf Cichlids are typically okay until they begin spawning. Convict Cichlids and many other small to medium sized cichlids can be aggressive at all times, though.

Bettas are also a poor match for dwarf freshwater shrimp like Red Cherry Shrimp. The adults are usually too large to be eaten but your Betta may try anyway. And the baby shrimp are definitely small enough to be eaten. Larger shrimp like Bamboo shrimp and Amano shrimp can live peacefully with a Koi Betta!

Lastly Koi Bettas are harmless to freshwater snails of all kinds. They will mostly ignore them, making snails excellent algae eaters for your Betta tank.

Koi Bettas are incredibly easy to feed. Healthy Bettas of all kinds have vigorous appetites; you may see your Betta looking for food just minutes after you introduce him to your tank. In the wild, Bettas are micro predators.

Prepared foods are very useful but it’s kind of like feeding a person cereal their entire life. You could get away with it but there’s quite a bit missing to their diet. Instead, you should supplement a high quality Betta pellet with frozen and live foods.

Some of the best items to have in your freezer include bloodworms, brine shrimp, and tubifex worms. Just feed the last two sparingly as they are high in fat. Daphnia (water fleas) are also great but feed those sparingly too because their hard shells have a laxative effect on Koi Bettas!

Daphnia are what you use if you suspect your Betta has intestinal bloat, by the way, not peas or bread. Both of these items are harmless at best and bad for your fish at worst.

If you are keeping your Koi Bettas warm, well fed, and in clean, filtered water, you will have a very easy time breeding them! Bettas of all kinds are one of the few nest-building fish and the males are excellent parents!

Ever see Bettas create a raft of bubbles in a corner or mass of floating plants? The male was preparing for a female to come wandering by, hoping to entice her under his love nest. In order to get the females in the mood, you’ll need to provide the water conditions specified above and a steady source of high quality invertebrate-based foods.

It’s easy to tell the difference between male and female Koi bettas. Female Koi Bettas are actually much more intensely colored than most other Bettas. But they still have smaller fins, a rounder body, and are not as long as males are.

It’s a good idea to keep a few females per male because in a smaller tank he will be continually chasing any females around. If she isn’t ready or simply refuses him but can’t get away he may start biting.

Once she is ready and swells with eggs she will acknowledge his fin displays and join him under the bubble nest. They will then embrace several times, curling around each other. The eggs are fertilized instantly after being laid and the male then collects them in his mouth and spits them into the bubble nest.

The Koi Bettas will embrace several times and then the female is driven away. The male will then watch over the nest as the eggs develop, which takes 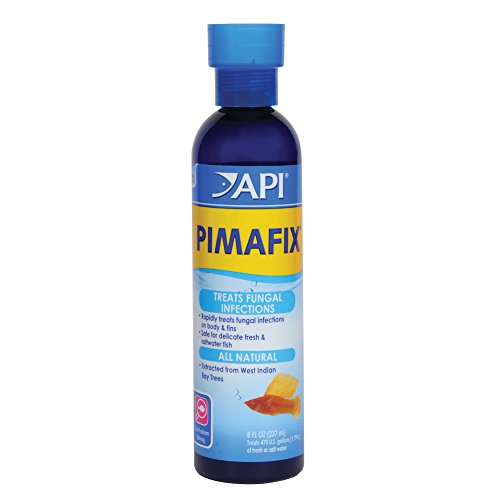 At this stage it’s a good idea to treat the tank with Pimafix, a gentle but effective antifungal agent. Fish eggs are highly susceptible to fungal infections, especially if it’s the first time your Bettas have spawned. Infertile eggs always go bad and they may spread the fungus to healthy eggs.

An experienced Betta male will usually eat eggs that have gone bad. Inexperienced males may ignore the fungus covered ones – or eat all of the eggs, unfortunately. It may take a few tries for your Koi Betta to get it right.

Once the babies hatch in 24-48 hours, they will hang within the nest for 3 days, feeding on their yolk sacs. Once they begin free-swimming they can be fed cultured infusoria for the first week, followed by micro worms and live brine shrimp nauplii afterwards!