As hardy as they are beautiful, Clownfish are popular for good reason! They range from small and peaceful species like the Common Clownfish (Amphiprion ocellaris) to the large and in-charge Maroon Clownfish (Premnas biaculeatus).

If you’re looking to find tank mates to go along with Nemo here are 10 fish and invertebrates that come highly recommended!

Here are 10 of our all-time-favorite clownfish tank mates!

Clownfish are a species of Damselfish themselves. And many Damselfish tend to be territorial and aggressive towards one another as well as their tank mates. However the Chromis Damselfish are a notable exception to the trend.

Chromis Damselfish are peaceful, schooling planktivores that stay small compared to larger Clownfish and Damselfish. The Green Chromis and Blue Reef Chromis are the two most common species for sale.

Both are excellent first fish for beginner saltwater aquarists due to their hardiness and ease of feeding. Chromis Damselfish are also commonly bred in captivity, reducing pressure on wild stocks.

As schooling fish they should be kept in groups of 4 to 6 individuals. The Green Chromis is fully grown at 4 inches while the Blue Reef Chromis can reach 5+ inches.

Angelfish of all types can work well with Clownfish however I recommend Pygmy Angelfish because they are better matched size-wise. Since many Angelfish can be slightly aggressive its best to avoid especially large species.

Pygmy Angelfish are mostly grazers, feeding on bryozoans, algae, sponges, and other encrusting organisms on live rock. Unfortunately, most species are not reef-safe as a result. However their vivid colors and outgoing temperaments more than make up for it.

Popular species include the Flame, Lemonpeel, and Potter’s Pygmy Angelfish. If you’d like to know more about the various Pygmy Angelfish species I cover several species in greater detail in my 15 Awesome Types of Saltwater Angelfish breakdown!

Should you decide on a specialist sponge-eating species of Angelfish you’ll need to ensure you offer an Angelfish-specific preparation! 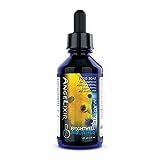 Basslets are a group of Atlantic marine fish that make excellent Clownfish tank mates. The Royal Gramma (Gramma loreto) is the most common species and extremely attractive, with a purple and yellow bicolor pattern that makes it the star of any aquarium. Others include the Blackcap Basslet (Gramma melacara) and the various Assessor Basslets (Assessor species).

Basslets are mostly peaceful however they are very territorial, laying claim to a single cave or grotto. Any intruders will be viciously nipped at, and other Basslets are intolerable in most cases.

Since Clownfish aren’t cave dwellers and are similar in size they are a great match for Basslets. Basslets are carnivores and prefer slightly subdued lighting, which may make keeping Sea Anemones for Clownfish difficult, however.

Yellow Tangs can vary somewhat in personality, from entirely peaceful to slightly aggressive and territorial. However they usually save their wrath for other Tangs – Clownfish look so different they will be ignored in most cases. They make ideal tank mates for larger species like Maroon or Clarkii Clownfish.

Like most Tangs they are mostly vegetarian. While they will happily eat protein-rich prepared and frozen food they need regular supplements of spirulina-based prepared offerings as well as blanched vegetables like cauliflower and cucumber. 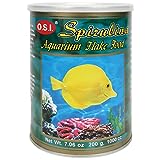 Tangs as a group are susceptible to Lateral Line Disease, also known as Hole in the Head. This is a nutritional deficiency that results in deep pits forming if they don’t get enough greens in their diet!

However when fed properly and added last to a well cycled aquarium Yellow Tangs are a great choice for new aquarists.

One of the most unusual and beautiful fish in the world, the Mandarin Dragonet is an ideal Clownfish tank mate because they inhabit entirely different zones within an aquarium

Dragonets tend to crawl along live rock using well developed fins, searching for copepods. They specialize in eating exclusively copepods, meaning they need to be kept in mature reef aquariums and be given supplements on occasion.

However they are not only entirely peaceful but striking in color and very long lived (10 to 15 years). They often accept other crustaceans and invertebrates including Brine Shrimp and Bloodworms once established.

With their elongated profile and habit of dashing to and from boltholes in rocks and sand its easy to see how Dartfish get their name. These fish are superficially similar to Gobies and Blennies except they spend more time in open water.

While peaceful towards other fish Dartfish vary in temperament when it comes to one another. Some, such as the Firefin Goby, are quite intolerant of each other in aquaria. Others, like the Zebra Dartfish, are easy to keep in groups.

Dartfish are all small, with no species growing larger than 4 inches, making them great Clownfish tank mates as well as nano reef inhabitants. They should not be kept with the more aggressive Clownfish species (Tomato, Maroons), however.

Red Coris Wrasses are often sold as juveniles that look nothing like their parents. Bright scarlet red with white saddles, they look superficially like elongated Clownfish!

As they mature they take on a mesmerizing rainbow pattern of blue dots and can reach up to a foot in length. 8 inches is more common in home aquaria, however.

Given their size and semi-aggressive temperament Red Coris Wrasses are ideal tankmates for the larger, more aggressive Clownfish species. Like many Wrasses they feed on invertebrates like small clams, snails, and shrimp, making them suitable for fish-only aquariums as well as reef aquariums with no mobile invertebrates.

They should regularly be offered chopped shellfish and frozen invertebrates in addition to prepared foods.

Clownfish are famous for the symbiotic relationships they form with Sea Anemones. While the Anemone provides protection in the form of stinging tentacles Clownfish aggressively defend them from predators and even drop bits of food right onto their mouths.

Even the easiest Sea Anemones are on the challenging side due to their light requirements and demand for stable water conditions. However there are 8 Easy Types of Anemones I recommend looking into if you’re interested in seeing Clownfish partner up with one!

Keep in mind that not every Anemone can host Clownfish; here are the 10 species that Clownfish naturally partner up with:

Blood Red Fire Shrimp are one of the most popular marine invertebrates in the hobby. Given how small they are they are good tank mates for smaller Clownfish like Common and Pink Skunk Clownfish.

Like other Lysmata species Fire Shrimp are cleaners. They wave their brilliant white antennae to invite fish over to have loose scales, skin, and parasites removed. However they will also eat any fresh or prepared foods offered.

Blood Red Fire Shrimp are hardy but on the shy side and may spend most of their time hidden when kept in aquariums with bright lighting. They tend to be active at dusk and at night, scavenging for missed flakes and pellets.

Hermit Crabs are one of the foundations of a good cleanup crew for an established saltwater aquarium. While mostly satisfied with detritus and leftover food, many species also graze on algae, including nuisance filamentous, hair, and slime algae.

Smaller species such as the Scarlet Reef Hermit Crab (Paguristes cadenati) and Blue Legged Hermit (Clibanarius tricolor) are excellent Clownfish tank mates that thrive even in small aquariums. Beware as some species won’t wait for dead snails to leave their shells and may simply kill Astrea and other species to obtain a new home!

How to Make a DIY CO2 Reactor for Your Planted Aquarium
New Tank Syndrome: What Is It and How to Fix It (Guide)