Goldfish are often treated as disposable beginner fish for first time aquarists and carnival visitors. In fact, goldfish are some of the longest lived fish you’ll ever find in the freshwater hobby. And it’s not too difficult to get decades of joy from a well cared for goldfish if you know how to keep yours clean and well fed! Let’s look into just how long goldfish breeds can live!

How Long Do Goldfish Live?

Most species of goldfish live an average of 10 – 15 years, with some species average upwards of 20 – 30 years! That being said, There are many factors that influence how long your goldfish will live.

Everyone immediately thinks of genetics – and genes definitely play a major role in their lifespans. But diet, water conditions, temperatures, and living space play as much, if not more, of a role! Let’s start by talking about how long goldfish live by breed – as well as how they compare to some close relatives!

The two most obvious distinctions are between common and fancy goldfish. There are many different varieties of goldfish but you can group all of them into one of these two categories. When we refer to “common” goldfish, we’re not only talking about the plain orange (or brown) variety but comets and shubunkins as well. Other than slightly longer fins and different colors these are common goldfish with a new title.

Fancy goldfish, on the other hand, includes ranchus, orandas, black moors, pearlscales, and just about every other goldfish breed out there. These goldfish have obviously altered body plans from the traditional wild type fish thanks to selective breeding. And just like purebred dogs of many varieties, fancy goldfish can have health issues due to the inbreeding required to stabilize their bloodlines.

This selective breeding process also tends to shorten their lifespans by a lot. That said, even fancy goldfish are much longer lived than other aquarium fish. You can expect a well cared for oranda or black moor to live anywhere from 10 to 15 years – sometimes up to 20 years!

Common goldfish have a richer genetic heritage that makes them more resistant to all of the little stresses that pile up over a lifetime. As surprising as this may sound, they will easily top 20 years of age if well cared for.

According to Guinness World Records, the oldest known goldfish was Tish, who was owned by Hilda and Gordon Hand. This North Yorkshire couple’s son, Peter, won Tish at a fairground in 1956, making it extremely likely Tish was a comet or other standard goldfish.

Feeder goldfish are also common/standard goldfish, by the way. And while the vast majority end up as a meal for other animals they have just as much potential to live for decades as well. That said, the high levels of ammonia, crowding stress, parasites, poor aeration, and other factors tend to shave years off of the lives of even rescue fish.

Wild carp come in several varieties, some of which are closely related to goldfish. And like goldfish they are also impressively long lived. The oldest are 35-40 years in age, closely matching the age range of the oldest common goldfish.

So how can they tell the age of a wild caught fish anyway? Scientists can analyze both the scales and the otoliths (inner ear bones) of fish. These structures have fine rings that form over the years exactly like those of a tree!

While Koi are also a species of domesticated carp, they take fish longevity to a brand new level. Pond raised Koi regularly reach 50 to 60 years of age when well cared for in a temperate climate. Fish 100 years and older are not unheard of, but rare. However, the longest lived, scientifically verified koi was Hanako, a scarlet red koi that reached an astounding 226 years of age! After her death, scientists counted the rings in her scales and otoliths to confirm her verable status. So if you’re a koi pond keeper, be prepared for your fish to potentially outlive you!

Are Goldfish and Koi the Longest Lived Fish?

By any measure, goldfish are impressively long lived, especially compared to bettas and other small tropical fish, where 3 to 5 years is more normal. But there are quite a few fish that make even Tish look young!

For instance, the Bigmouth Buffalo (Ictiobus cyprinellus) is a North American native that’s closely related to carp (goldfish and koi). These specialized bottom feeders regularly reach 80 years of age – and the oldest was over 110 years old!

As impressive as this is, saltwater fish are often much older. The Rougheye Rockfish is a medium sized, slow growing sportsfish that have been recorded at 205 years of age. But the oldest of them all is most likely the Greenland Shark. The oldest of them was an astounding 392 years in age, +/- 120 years. In the same study, scientists also concluded that these fish take 150 years just to reach sexual maturity! No doubt the continual freezing temperatures of their polar habitat drastically slows their metabolic rate.

How Can I Extend My Goldfish’s Life Span?

Genetics absolutely play a role in helping your goldfish live for a long time. But there’s still a lot you can do to help get as many years out of your pet as possible! Here are some common issues to consider when keeping goldfish healthy.

Water quality is one of the most important things to monitor when caring for fish. Goldfish are extremely hardy and will live and even breed in environments with high levels of ammonia, nitrites, nitrates and other pollutants.

But keeping them continually exposed to these agents is a constant drain on their vitality and immune system health. Goldfish kept in bowls are especially short lived for this reason; waste products build up much too quickly. A single overfeeding or missed water change can lead to death for goldfish, which are metabolically very active due to their chunky bodies and constant hunger. 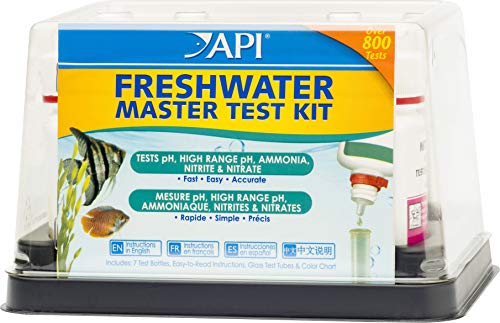 This makes filtration mandatory when keeping goldfish – even a sponge filter provides some mechanical and biological action for a smaller tank. But power filters are better for most aquariums and a canister filter is perfect for adult goldfish or larger goldfish tanks (55+ gallons).

Goldfish are very unselective when it comes to pH, however. They prefer neutral to alkaline conditions (pH 7.0-8.0+). But they will thrive and even breed in slight acidity (pH 6.0-6.9). Other parameters are mostly unimportant for them, though an occasional dose of aquarium salt stimulates the slime coat and improves ion exchange in their gills!

A sadly all-too-common myth that’s still shared on occasion is that goldfish “only grow to the size of their environment.” This is very untrue and a leading cause of premature death for goldfish. While you might see some stunting if you keep a goldfish in a bowl forever it’s more like keeping a kitten in a box and expecting it to remain a kitten forever.

We want our animals to thrive in our care, not simply get by. And a goldfish should be given a spacious, enriching environment to explore during its life. For a single fancy goldfish (5-8 inches at adulthood) this means a 20 gallon high or long sized aquarium. For each additional adult goldfish, you should add 10 gallons of space.

Common goldfish tend to grow quite a bit larger (8 to 12 inches). In fact, there’s even a Japanese Giant Goldfish variety that has koi genetics, allowing it to reach up to 20 inches in length! So for an adult common goldfish a 40 breeder to 55 gallon tank is a minimum. That said, if your goldfish are still babies, 10 to 15 gallon tanks are just fine! Just remember that you’ll eventually need to provide them with an upgrade in the not too distant future.

Alternatively, you can keep your goldfish in an outdoor pond! Ponds are some of the best places to house long-lived goldfish for several reasons. The first is that they tend to grow algae, aquatic plants, mosquito larvae, and other tasty treats that diversify their diets. Ponds also provide natural light and seasonal variations that regulate their metabolisms in a natural way.

Goldfish are from temperature regions in East Asia. In fact, they can even hibernate if the water grows cold enough to freeze over. Common goldfish are the most reliable in hibernating and coming out of the process healthily.

Fancy goldfish should not be overwintered if possible because they have been bred indoors for decades. They prefer moderate, even tropical temperatures, and may die if kept outdoors during a cold winter where the water freezes over.

Koi, of course, regularly overwinter with little issues. So long as your pond is 3-4 feet deep and an air hole is kept open, your fish will go into a sleep-like state that they then slowly come out of as spring approaches!

Another good way to help your goldfish live as long as possible is through a varied, nutrient-rich diet! Goldfish are omnivores, just like us humans. That means they eat a little bit of everything in the wild, both plant and animal based. When they spend all of their time rooting along the bottom and disturbing all of your precious water plants they are actually looking for worms, snails, small crustaceans, patches of algae, and other tasty resources.

Goldfish also love soft leaved plants like cabomba and anacharis. Blanched vegetables like spinach, zucchini, and squash are also delicious and easily prepared options that boost the vitamins your fish receive. You can still use a high quality pellet as the base of their diet; just don’t rely solely on prepared food, regardless of how convenient it is! 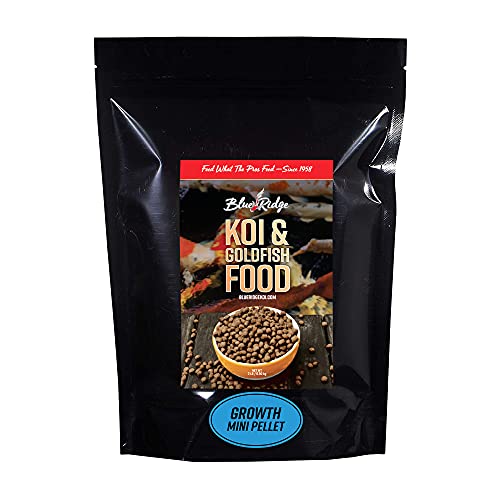 Goldfish of all kinds are incredibly long-lived fish. While they can be an impulse buy due to their cuteness and low price, you should be prepared for a long-term commitment as your goldfish just might outlive you! Should you be ready, you’ll be pleased to know that through some simple actions involving house cleaning and good eating, your goldfish will bring you joy for decades to come!