There’s no doubt about it…

Oscars are one of the most entertaining species in freshwater fish-keeping. Their spunky and energetic personalities are unlike that of any other fish. That said, some Oscar owners will want to mix it up a bit and add a few different species to their tanks.

In this guide we will cover all of the potential Oscar tank mates out there along with a few requirements you should know going forward. 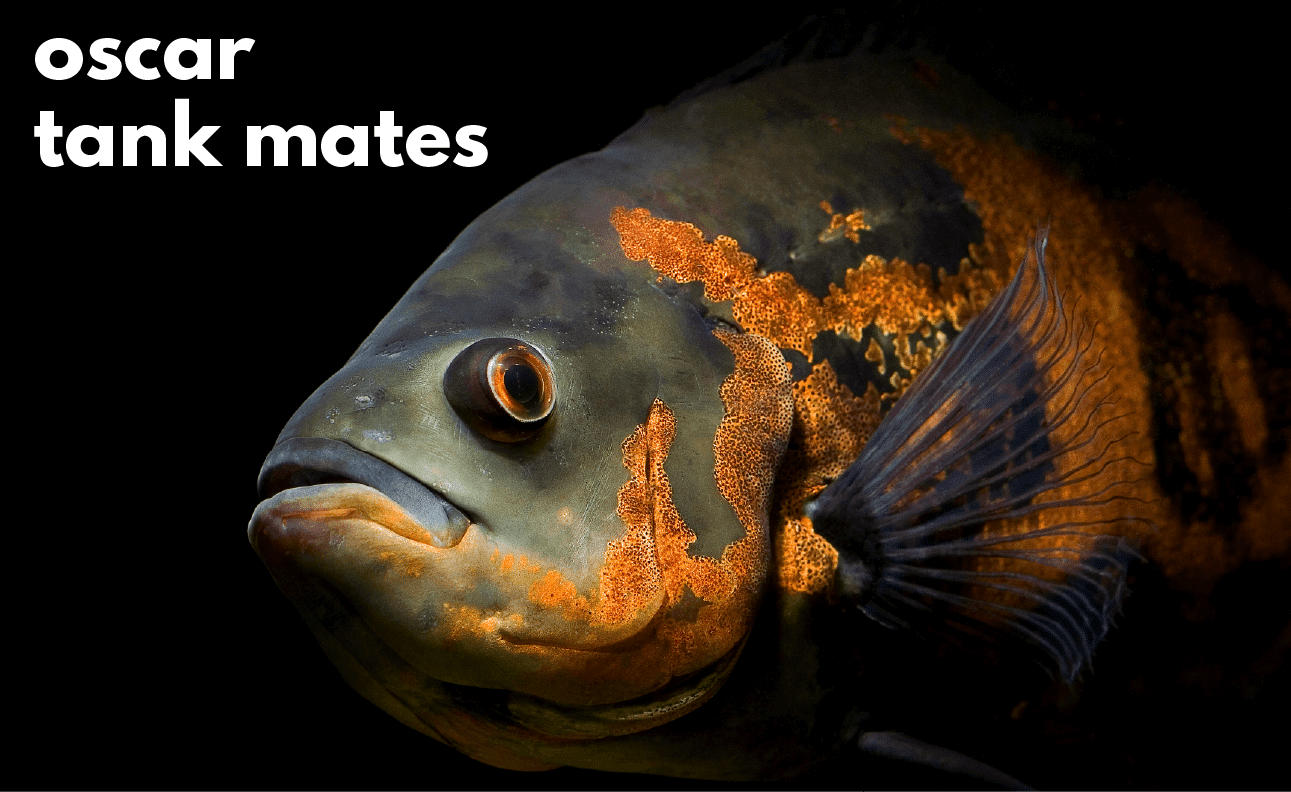 Oscars (Astronotus ocellatus) are a type Cichlid native to South America. They grow relatively large compared to most other Cichlid species, know to reach 11-14 inches in captivity.

Known sometimes as “river dogs”, Oscars develop close bonds with their owners and often shake or wag their tail similar to that of a dog.

Oscars are known to be pretty aggressive in captivity, so it is important to make you tank selection and tank mate choices carefully. A tank of at least 75 gallons is recommended if you plan to keep any tank mates with your Oscar.

Important Tip: Add other tank mates to your aquarium before adding Oscars. This will dramatically increase your chance of success by eliminating territorial aggression.

Black Convict Cichlids usually stay under six inches or so, but they still make great Oscar tank mates. Convict are tough, hardy, and fierce enough to hold their own against an Oscar.

If you plan on keeping a Convict Cichlid with your Oscar, try to match them up in size. If your Oscar is already 8″ long, a 2″ Convict probably won’t last too long in the tank.

That said, a Convict will be perfectly fine in you Oscar tank as long there isn’t too big of a size difference. A smaller Convict should be able to stand up to the occasional nip or chase.

Silver Dollars are one of the most popular Oscar tank mates for several reasons. First of all, the Silver Dollars’ unique body shape makes it appear large and a less likely meal for aggressive Oscars. This is an absolute must when choosing tank mates for you Oscar.

Secondly, a group a Silver Dollars often act as dither fish. Dither fish, or fish that swim out in the open, put your Oscar at easy by signaling that there are no predators around. A group of Silver Dollars not only hold their own against Oscars, but actually help make them less aggressive.

While Silver Dollars are great Oscar tank mates, you should never keep them in groups of less that 3 or 4. Since they are schooling fish, they do best in groups of 4+.

Firemouth Cichlids are pretty closely related to Convicts, so naturally they make great Oscar tank mates. Though they are a little less aggressive, Firemouths grow relatively large (6 inches) and are great at avoiding conflict.

Since Firemouth Cichlids are more prone to flee from an Oscar than fight, I would recommend throwing in some rocks or caves to provide adequate hiding spots. That said, Firemouths will stick up for themselves if they need to.

If you’re looking for something a little less aggressive than the other choices on our list, a Severum may be a great choice. Severums are docile fish that tend to keep to themselves. That said, they are generally large and tough enough to stand up to an Oscar.

Severum Cichlids also get along great with non-aggressive species such as Silver Dollars and Plecos, so they are a great addition to community tanks as well.

When looking for Oscar tank mates, usually you need to be worried about the Oscars being the aggresor. With Green Terrors, this is completely reversed. After all, they aren’t called “terrors” for nothing.

If there is one fish that can go head to head with an Oscar, it is definitely the Green Terror. If you plan to keep these two types of fish together, make sure the Green Terror is significantly smaller to start out (not too small to become a snack). As they grow together, a lot of the time aggression will decline.

You should probably have a back up plan if you want to go this route. Sometimes Oscars and Green Terrors can be great together, while other times it is a complete miss.

Jack Dempsey Cichlids are large and in charge. Growing up to 10 inches, Jack Dempsey are known to be very hit or miss when it comes to personality. Some are very aggressive, while others are extremely docile. The last Dempsey I kept was one of the most docile fish I’ve ever owned.

Dempseys make relatively good Oscar tank mates because they are about equal in size and aggression. If you plan to keep these two together, make sure to watch closely for aggression in the beginning.

Bichirs are, without a doubt, the most interesting Oscar tank mate on our list. These long, eel shaped fish are native to Africa and the Nile River. Though they are bottom dwellers, adult Bichirs are actually air breathing fish, so you will see them shoot up to the tank surface often to breathe.

Since Bichirs are long fish, it is important to keep them in a large tank. In addition, they are known to be great jumpers, so a tank lid is a must. Bichirs are peaceful fish, so just watch out for aggression on the Oscars end and they should make great tank mates. 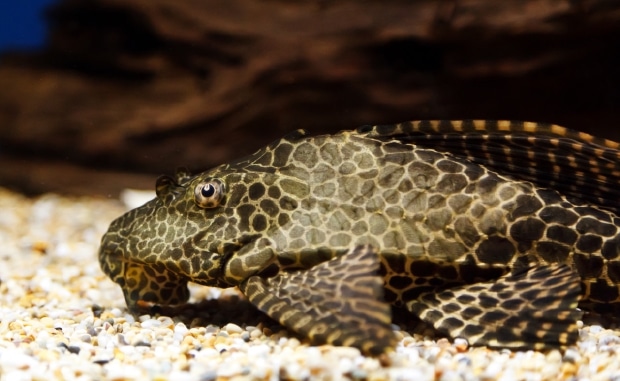 Everyone has heard of the Plecostomus. They are famous for their appetite for algae, so many aquarists purchase them to help keep their tank clean. When considering them as an Oscar tank mate, there are some important factors to consider.

Plecos have sharp spines on their fins, which pose a huge threat to hungry Oscars. They will often try to make a meal out of Plecos, only to have the spines lodged in their throat. This will result in the death of both fish.

Common or Sailfin Plecos often get way too large for Oscars to eat, but you must be able to house them in tanks over 100 gallons. If you plan to keep a massive tank, Plecos can be great tank mates for your Oscar. Otherwise, you should probably pass up on this option.

Fish to Avoid Keeping with Oscars

Some species simply aren’t suitable Oscar tank mates. Here is a list of fish you should try to avoid:

While it can be tempting to give your Oscar a few tank mates, it is important to know that this isn’t necessary at all. A full aquarium can be more entertaining to watch, but Oscars are perfectly fine on their own. No matter what you read elsewhere, Oscars do not get lonely and almost always live happy lives in solidarity.

Oscars are great pets, but they definitely aren’t for everyone. Make sure you have access to a tank of at least 75 gallons as your Oscar grows, especially if you plan to introduce other tank mates. If you can meet these requirements, though, Oscars are one of the most interesting, unique fish to own!