While fish care is part of the duties of any aquarists we aren’t always looking to breed our animals.

Whether they surprise us with eggs or we set out to create spawning conditions, there is so much variety to making babies in the fish world that it can be a little confusing to pick through it all!

So how do fish mate, anyway?

How Do Fish Mate: Finding a Partner

This section explains a little bit about how fish choose a potential partner and the differences between male and female fish.

It all starts with finding a partner. Sexing fish ranges from obvious differences to entirely impossible for humans to tell them apart.

In most species there are visual cues that both fish and aquarists can go by. Size and color differences are the most common and obvious. Males tend to be more colorful than females in everything from insects to birds and fish are (usually) no exception.

For example, the female convict cichlid below shows red coloration on her lower body, while males do not.

When displaying for mates males almost always take the initiative, putting on displays with fins, dancing movements and even bites. Their colors intensify during breeding displays and receptive females signal their approval or disapproval through color, finnage, displays, or counterattacks.

Longer fins and aggressive temperaments (Bettas, Cichlids) are also easy indicators of male sex for many species. Female fish are just as often larger than males, however, so treat size with caution. Livebearers, marine Sharks, and Catfish are a prime example of this reversal.

For fish that are nearly impossible to sex on visual inspection like freshwater Angelfish there are usually behavioral or even hormonal cues that are as obvious to their own kind as human cues are to us!

Hermaphrodites in the Aquatic World

In our mammalian view of the world male and female makes perfect sense. They meet, exchange genetics, and the result is young with characteristics from both parents.

In the aquatic world these rules are much less clear, especially in the ocean where hermaphroditic fish are quite common. Nearly all marine Angelfish fall in this category (technically known as protogynous hermaphrodites). That is, they are all born female until one becomes dominant in the group. She will then become a male and can fertilize the eggs of the rest of his new harem.

A very few fish are known as synchronous hermaphrodites, meaning they have both male and female sexual organs. While many invertebrates fall into this category very few vertebrates use this mode of reproduction.

Hamlets (a type of Serranid Sea Bass) are both male and female and take turns both laying and fertilizing each other’s eggs. The North American Mangrove Killifish is also a hermaphrodite and routinely fertilizes its own eggs, effectively cloning itself each time it breeds!

When considering how fish mate we should also look at social hierarchies. Fish that care for their young tend to have significant social bonds that factor into how they find mates and interact with one another.

Egg scatterers are much more likely to meet briefly to breed and then depart. They can be schooling or solitary species. Egg scatterers may even mate with several males at once, with no clear parentage for their fry, like Otocinclus Catfish.

Caring for Eggs: Fend For Themselves

A lot of fish species don’t care for their eggs or young after they have been laid. This section give some detail about those types of egg-layers.

Many fish spawn in the simplest manner possible: they meet in the water column to scatter their eggs far and wide. The eggs meet sperm and are fertilized before reaching plants, rocks, or even remaining suspended to join the plankton community.

Eventually the young fry hatch and are left to fend for themselves. They may feed on and be eaten by the plankton they are part of until they grow large enough to be top predators in that microscopic domain.

Substrate Spawners also mix their eggs and sperm and depart, leaving young to fend for themselves. However these fish attach their eggs to plants and rocks or bury them in sand or gravel.

Most riverine freshwater egg scatterers fall in this category because all floating matter eventually ends up in the ocean; a lengthy planktonic phase is not ideal here.

Some such as Killifish burrow directly into the soft substrate to deposit their eggs. Others, such as Otocinclus catfish, deposit their eggs directly onto leaves. In both cases the parents leave the eggs and fry to fend for themselves.

Egg scattering is how most people imagine how fish mate. A swirling school of color, a brief meeting, and then eggs floating along in the current.

However, a surprising number of fish take different routes from scattering. Many fish are excellent parents, nurturing their eggs either singly or in stable mated pairs until hatching. Several even raise their young fry until they are large enough to find food and swim strongly on their own!

Nest Building is a variation on substrate caregiving where the parents actively construct their environment to suit the needs of their young. Usually it’s as simple as digging a hole with their tails or mouths to lay eggs within.

Some species will dig wide holes that also act as territorial markers and attractors for mates. Many fish even include plants and bubbles in surface nests, including Bettas, Gourami, and armored Hoplo Catfish.

In either case caregiving fish can be very aggressive when defending their young. Even peaceful species like Blue Ram Cichlids will resort to nipping tank mate fins and even fingers that stray too close to their eggs and fry.

Mouthbrooding is an incredible adaptation for creatures without hands. These fish rely on one parent to scoops up the freshly fertilized eggs and hold them in their mouths until hatching.

While the length of time varies depending on species some fish mouth brood for weeks at a time. In most cases the male is the one to carry the eggs and during this period he consumes little to no food.

The advantages of Mouthbrooding include absolute protection for the eggs until hatching and high oxygenation levels through the constant flow of water. Eggs are easily kept clean and turned in the process as well.

In some species the fry are on their own once they hatch. With others once the fry hatch they are still given extensive care until they look more like miniature adults. At this stage they have absorbed their yolk sack, swim powerfully, and can escape predators on their own.

Livebearing Instead of Eggs

The least common method is to bear live young. Eggs are less metabolically expensive so fish can lay hundreds to thousands at a time. They choose quantity over quality and it works well enough.

Livebearers tend to have relatively well developed young compared to other fish. Guppy fry are large compared to their parents and are easy to feed. And young Sharks and Stingrays can immediately start hunting straight from the womb thanks to being nurtured within their mothers.

The Right Conditions for Getting Your Fish to Mate

If you’re looking to get your fish to spawn in an aquarium, you may need to change some specific diet / environmental aspects.

Even captive bred fish tend to respond when aquarium conditions replicate those found in their home waters. Temperature increases are the most common way to stimulate mating as they signal the start of spring or summer.

Heavy water changes (50% or more) also mimics the rainy season for seasonal fish, especially Amazonian and African species that wait for the flood season to breed.

If you can, include sources of tannins for acidic species, especially those from highly acidic blackwater environments like Discus and Cardinal Tetras. These plant tannins stimulate breeding behavior by replicating the visibility and chemistry of their home waters.

While these chemicals can come from several sources, including Driftwood and Indian Almond leaves, I prefer using bottled tannins to create precisely the chemistry I’m looking for! 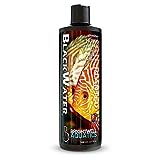 You should be offering rich food when encouraging fish to mate. Eggs and sperm are metabolically “expensive” and fish tend to breed when times are good.

Most captive bred fish will spawn even on pellets and flakes alone. But a variety of whole fresh and frozen foods go a long way to conditioning them faster. Brine Shrimp, Tubifex, Bloodworms for smaller fish and Ghost Shrimp, Krill, and even Beef Heart or Scallop for larger predators!

Vegetarians can be offered Spirulina based flakes and wafers as well as heaping helpings of blanched vegetables like Cauliflower, Cucumber, or Spinach.

If you don’t want to work with fresh or frozen foods I recommend spending more time reading the nutritional labels of your prepared foods. Many contain high levels of filler while others may have nutritional boosts in the form of yeast, Spirulina, and even worm powders! 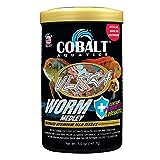 Fish can also be triggered to mate when offered a proper place to spawn. If your aquarium has a constantly agitated surface due to a powerful filter your Betta may never get to create a proper bubble nest for breeding.

Likewise your Danios or Tetras may be breeding for you even now but if they don’t have plants for their eggs to attach to they may simply be eaten by their tank mates or swept into the filter.

While live plants aren’t for everyone, plastic plants give eggs a place to affix and fry places to hide as they mature. Make sure you’re aware of what category your fish fall under and how to best provide for their needs if you want fry to raise.

Understanding exactly how your fish mate is essential to getting them to spawn. And as you’ve seen there is so much variety to the process that it’s worth trying with your aquarium fish! From scatterers to caregivers, freshwater and marine spawning habits are fascinating and well worth getting to know better.