Killifish are some of my favorite aquarium species. Diverse in color and mostly peaceful, they can find a place in nearly any community tank. Many are semi-aggressive towards their own kind and have fascinating breeding habits as well.

This widespread family includes everything from the nano-sized Japanese Rice Fish to the aggressive, predatory Blue Gularis. That’s why I’ve decided to break the list into two groups; to help you better match tank mates to your Killifish!

Guppies are a fish nearly every aquarist keeps at some point in their career. They come in hundreds of color morphs, dazzling fin structures, and are tremendously easy to care for and breed.

Despite being so common they also display complex behaviors. Males will compete with one another for access to gravid females. And when the young are born their genetics are so thoroughly mixed you can expect every single baby to be uniquely patterned. 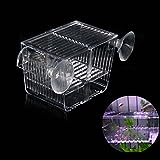 Since it’s easy to tell when the female guppies are pregnant, you’ll need to keep either a separate tank or breeder box on hand. Otherwise the young fry will be quickly eaten by their tank mates and even their own mother!

Tetras and Killifish make incredible tank mates because they complement each other so nicely. They are from different parts of the world but share the same ecological niche: small micro predators of tiny invertebrates.

Both Tetras and Killifish are typically very colorfish and Tetras in particular include some of the most easily recognizable species in the hobby. Neon, Cardinal, Black Skirt, and Diamond Tetras are just a few of the species that get along splendidly with smaller Killifish.

Wild-caught Tetras typically prefer soft, acidic conditions as do West African and South American Killies. However tank bred specimens of either family do fine in a wide range of water chemistries.

What exactly constitutes a Dwarf Cichlid is a matter of debate since there are plenty of Cichlids that are small enough yet rarely get the label. For instance, Convicts rarely grow beyond 4 inches yet aren’t thought of as Dwarf Cichlids.

Dwarf Cichlids are usually West African or South American species like Apistogramma and Kribensis. They are generally mild-tempered but are still Cichlids. They will claim a territory, defend it from their own kind, and tend to ramp up the aggression when breeding.

So long as your tank is spacious enough 20+ gallons your Killifish will have nothing to fear from Dwarf Cichlid. Both species are micro predators – provide them frozen and live foods like bloodworms and tubifex to enhance their colors and condition them for breeding!

Most catfish get along fine with Killifish but Plecos and other sluggish types can hardly be called charming. Instead of functional, I prefer the character of the goofy, continually active Corydoras!

These South American natives prefer being kept in groups of their own kind; the more the merrier! Corydoras roll their eyes, race to the surface for gulps of air, and busily root in the substrate for missing flakes, invertebrates, and other treats. 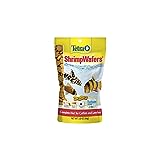 Cories can’t always get their fair share at the surface competing with Killies and other active types. You’ll need to provide a high quality protein-rich sinking pellet diet for them. Corydoras are also entirely peaceful and not too difficult to breed, especially when kept in planted aquaria.

Bee Shrimp (also known as Crystal Red/Black) are immensely popular in the hobby for shrimp-only tanks. They are not only tiny but somewhat sensitive, requiring soft water with little nutrient load and peaceful tank mates.

However smaller Killifish like Ricefish or Lampeyes are a perfect match for these delicate crustaceans. Bee Shrimp are far more vividly colored than the larger, hardier Cherry and Amano Shrimp. There is also a very large market for the young if you manage to successfully breed them!

Like most crustaceans Bee Shrimp are omnivorous. Prepared shrimp formulas typically include a good mixture of animal protein and vegetables to ensure they get all the nutrition they need. But feel free to add blanched vegetables and small frozen foods for variety!

Looking for something a bit larger to add to your Killifish tank? Here are some good options:

Assuming you’re keeping especially large Killifish like Blue Gularis, the Black Ghost Knifefish is a great bottom dwelling tank mate. They are some of the oddest fish in the trade; while shy, they can be quite temperamental if a tank mate tries to kick them out of their chosen hiding spot.

Ghost Knifefish are also weakly electric fish. While they can’t electrocute prey they can sense the location of worms and small fish in complete darkness or when buried in the substrate. They also use their electrical talents to communicate with one another.

Provide them a tubular, completely enclosed space, which helps insulate them from the electrical impulses of their tank mates.

Another long bodied, strange colored fish is the Glass Catfish. These fish are found only in Thailand and have a striking transparent body. Combined with their schooling habits they can better escape predators in the weed-choked waters they call home.

Glass Catfish are predators themselves, however. They will readily eat their tank mates if they are small enough – Tetras, Guppies, and nano Killies are easy prey. However any fish beyond 2 inches long will be safe.

Bottom dwellers aren’t always bland or boring in appearance: some of them have evolved into outright fanciful shapes!

As you might have guessed from looking at them, Twig Catfish are members of the Loricariidae family. This makes them close cousins to Plecostomus and Dwarf Otocinclus.

And like their relatives they are vegetarians, preferring to feed on soft algae and biofilms that accumulate in aquariums. Since they’ll eventually make short work of the limited algae growth in your tank, you’ll need to provide blanched vegetables and sinking Spirulina wafers to keep them well fed.

Barbs include a wide range of instantly recognizable aquarium fish that have been around for decades. As a group Barbs are hardy, schooling fish that are easily bred and even easier to feed. The majority are omnivorous, appreciating a wide variety of plant and animal-based foods.

Barbs can be a bit nippy towards slow and/or long-finned tank mates like Bettas. However large Killifish a bit nippy themselves and get along splendidly with them.

All species are excellent tank mates except for the smaller species like Cherry Barbs, which may be eaten by the largest Killifish. I recommend the Tiger, Black Ruby, and Rosy Barb as the most suitable of the commonly available species.

When keeping large show fish like Flowerhorns or Arowanas they sometimes display a lack of confidence if they are the only animal in the setup. Most aquarists prefer keeping them with dither fish, which signal that all is well and there are no nearby predators lurking.

Larger Killifish are robust enough to endure a brief chase yet bold enough to be continually on display. So long as your Cichlids aren’t especially vicious they will get along with nearly any species.

Severums and Angelfish are all great tank mates for large Killies. Pay close attention to the mouths of potential tank mates; large mouthed predators like Oscars will easily consume an adult Panchax or Golden Wonder. Other small-mouthed peaceful species include Peacock Cichlids (Aulonocara sp.) and Discus.