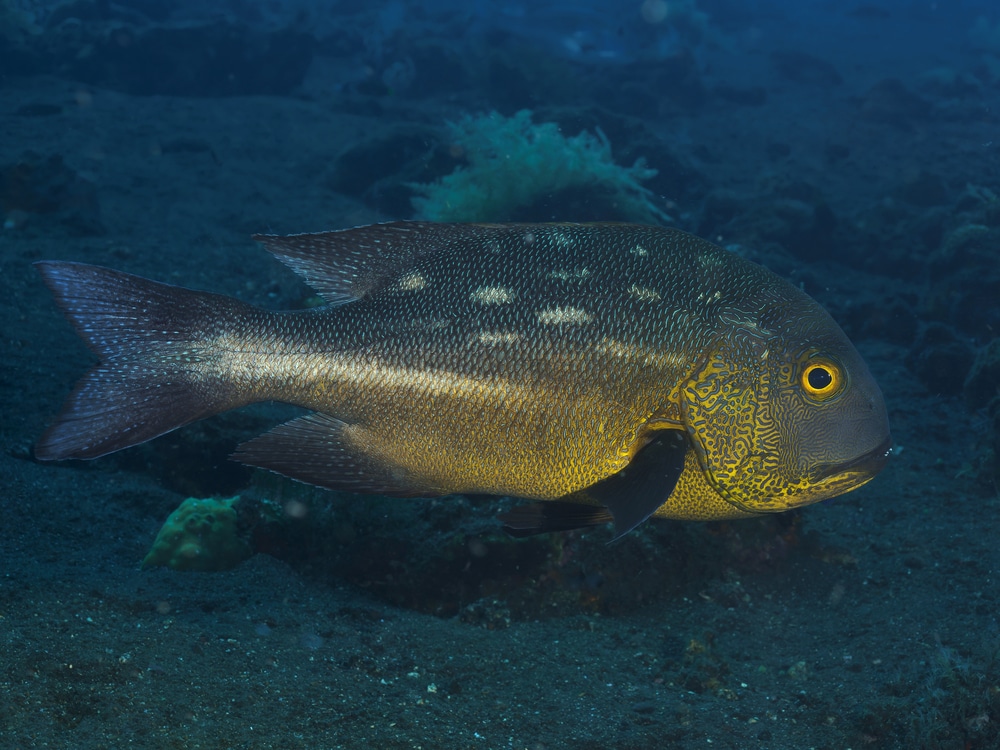 Scientists in Australia recently discovered what is so far the world’s oldest tropical reef fish! The Midnight Snapper (Macolor macularis) was found to be an incredible 81 years of age. This means the fish hatched in 1939, when World War II officially started.

The fish was caught at the Rowley Shoals, 260 km off the coast of Western Australia. The region is home to a number of reefs and has been visited by Indonesian fisherman for centuries.

Biologists decided to concentrate on the Midnight Snapper and two other fish that are of less commercial importance; the Red Bass and the Black and White Snapper. In fact, 10 other fish were found to be over the age of 60, including a 79 year old Red Bass.

The previous record holder for the world’s oldest tropical reef fish was a rockfish from the Caribbean Sea dated to be 60 years in age.

The Guardian notes that fish biologist Dr. Brett Taylor, the lead scientist in charge of the study, was absolutely surprised by the result. In his own words, he “may have used some colorful language” when he recognized that the midnight snapper was 20 years older than the former oldest reef fish known.

“We talk about climate change being something in the future, but these 80-year-old fish saw a tremendous uptake of temperature [in the ocean] in their life spans.”

Scientists use otoliths, which are inner ear structures made of bones to tell how old fish are. Most vertebrates have them, including humans.

But fish otoliths can be used to tell age because they have rings like trees do. By analyzing the rings, scientists can tell not only the age of a fish but how quickly it grew, dietary and environmental shifts, and other important biological data.

The purpose of the study was to understand how fish age and length are and will be impacted by climate change. Long-lived fish like the Midnight Snapper act as a time capsule to earlier eras and help scientists create predictive models of past water conditions.

That said, if scientists want to find even longer-lived fish for their study, there are several options out there. The Greenland Shark (Somniosus microcephalus) is a polar shark species that is famous for being the longest lived vertebrate known to science.

The oldest specimen was nearly 400 years old and the shark is thought to be capable of living past 500 years in age. Despite not being a polar hunter in a near-frozen ocean, the Midnight Snapper is an impressively long-lived fish!