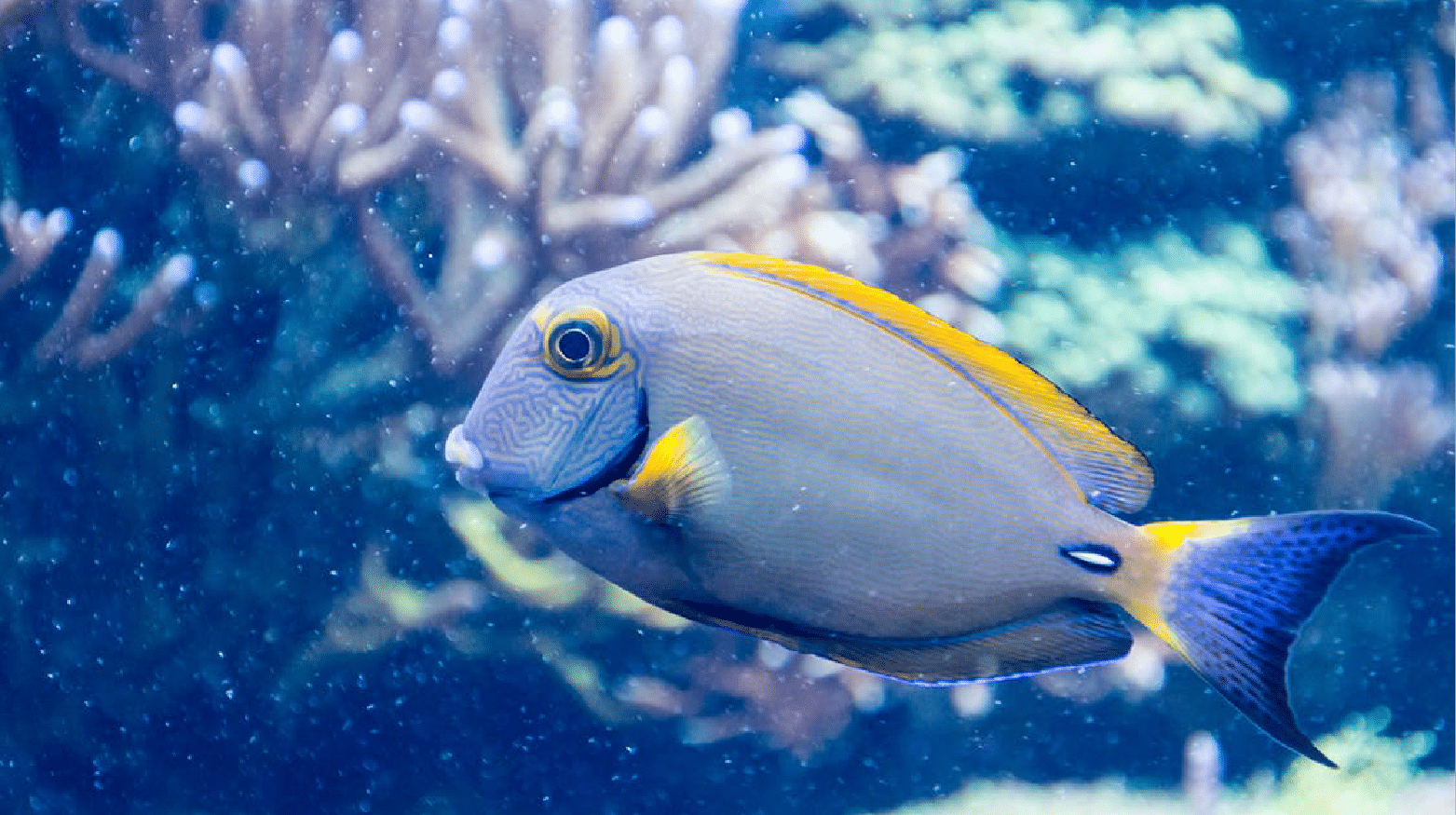 If you’re new to the saltwater aquarium hobby, you have probably heard the term “protein skimmer” on quite a few blogs. If you’re anything like I was, you most likely had no idea what a protein skimmer was or why they are used.

In this article, we will cover all the basics of protein skimmers; how they work, when you should use one, and how to maintain then for optimum effectiveness.

By the end of this post, will be able to make an informed buying decision and have all the necessary information to get the most out of your brand new protein skimmer!

Additional Content: Check out our guide featuring the best nano protein skimmers on the market.

What Are Protein Skimmers?

The science behind how protein skimmers work is quite complex, involving the intrinsic charges of proteins and hydrophobic/hydrophilic molecules. It would take forever (and be quite boring) to learn this entire process, and, to be honest, it’s quite unnecessary.

In simple terms, protein skimmers work by injecting thousands on tiny bubble into the water column.

Organic proteins bind to these bubbles, which then overflow into a waste container as foam at the top of the skimmer. In the hobby, this nasty, dark colored foam is often referred to as “skim”.

Trust me, you will NOT want to spill this stuff anywhere on your floor!

What Is The Dark Liquid That The Protein Skimmer Removes?

As we touched on a little bit earlier, protein skimmers remove any organic waste present in an aquarium. This includes fish waste, excess food, and dead creatures.

No matter how hard you try to keep the perfect reef tank or not overfeed, many of these organic proteins are simply unavoidable (and damaging!).

If left in the aquarium, these proteins break down and cause spikes in ammonia, nitrite, and nitrate. The nasty, smelly liquid in the top of your skimmer is the organic waste before it has a chance to break down.

Congratulation! You have successfully made your reef tank a better, healthier place for all your creatures.

What Are The Benefits Of Buying A Protein Skimmer?

Installing a Protein Skimmer in your aquarium has more benefits than the naked eye can see.

As a result, adding a Protein Skimmer to you tank will reduce the amount of diseases and that your fish and corals are exposed to.

Secondly, protein skimmers help reduce algae by removing waste before it has a chance to break down into phosphates. Anyone who has battles red-slime algae or green-hair algae in their saltwater aquarium knows how much of a nightmare it can be. Algae can make all of your hard work look like a mess, which is something that we all want to avoid. Protein skimmers will help prevent algae breakouts and keep your water clean and clear.

When Do I Need To Get A Protein Skimmer?

While protein Skimmer can help enormously in keeping a clean tank, they are usually not necessary for beginners who plan to keep easy fish and corals.

I have been in the hobby for around 15 years, and I still don’t have a Protein Skimmer in my 20 gallon Nuvo Marine tank. It’s my simple tank with corals such as Xenia, Green Star Polyps, and Zoas, none of which require pristine water conditions.

If you plan to get any hard to keep SPS corals, though, a Protein Skimmer is an absolute must.

Biological filteration or even an advanced sump is usually not enough to satisfy these corals and promote healthy growth. In the end, it really comes down to where you see yourself going with the hobby.

If you plan to run a mediocre tank with soft corals, skipping out on a Protein Skimmer might be alright. If you want to run a pristine tank with LPS and SPS corals, a good protein Skimmer is a great investment and will help you enormously in the long run.

Here are a few different types of protein skimmers on the market today:

Hang On Back Protein Skimmers

For those who don’t have a sump or room in the back of their tank for a traditional Protein Skimmer, Hang On Back (HOB) protein skimmers are a good choice.

As their name implies, HOB Protein Skimmers hang on the back of the tank and use a pump to pull water from the aquarium into the Skimmer.

Realistically, HOB Skimmers should only be used if a sump is out of the question. HOB Skimmers are often more expensive than their in-sump counterparts, yet lack the same power.

Overall, they don’t perform nearly as well as other Skimmers on the market.

That being said, it is possible to purchase an amazing hang on back Protein Skimmer if you are willing to spend a little bit of money.

Reef Octopus makes INCREDIBLE Skimmers. The Reef Octopus Classic 100 Hang On Back Protein Skimmer is rated for tanks up to 75 gallons and is regarded as one of the best Skimmer currently made.

In-Tank Protein Skimmers were the first Skimmers introduced to the hobby. They were originally very simplistic, but have improved drastically over the years.

In-Tank Skimmers are generally the cheapest type of Skimmer on the market, but, like HOB Skimmers, they lack the same power and effectiveness on In-Sump Skimmers.

In-Tank Skimmers offer are great for reefers who do not have a sump and are on a tight budget. Due to their cost effective design, they are an effective alternative for those who can’t afford a good HOB Skimmer.

The only real downside to In-Tank Skimmers is that they take up valuable tank space and can be an eye sore, but it you are not worried about that they can be great!

In-Sump Protein Skimmers are generally regarded as the most powerful and effective at removing waste. If you can afford to set up a sump, I would highly recommend going this method.

A sump offers you of extra space, water volume, and biological filtration. In addition, a sump allows you to purchase any sort of Skimmer you desire!

In-Sump Skimmers offer the widest range of options, by far.

Top of the line models are capable of processing hundreds of gallons of water per hour and remove tons of waste. The best protein skimmers are game-changing pieces of equipment and can really take your tank to the next level.

Prices range from very cheap to very pricy, but its best not to be cheap.

Skimmers are definitely one of those things that you get what you pay for. If you can afford to spare a few hundred bucks, I would seriously advise you to look into the Bubble Magus BM-Curve 5 Protein Skimmer. You won’t be disappointed!