Glofish are common in the hobby nowadays and nearly everyone has considered buying some at one time or another. Most are Zebra Danios with jellyfish genes that allow them to fluoresce under normal and black lights.

But did you know that there are multiple types of Glofish? Since the success of the original Zebra Danio project many fish have been engineered using the same process to create Glofish with colors far beyond their wild ancestors! Just how many types of Glofish are there?

Here are 6 GloFish species that you can find on thee market today:

As the first Glofish to be created Zebra Danios are the most commonly seen in aquarium stores. Small, active, and easy to care for, they are some of the best community fish in the trade.

Zebra Danio Glofish can be kept with any fish so long as they aren’t large enough to eat them. They are fast moving and schooling, making them ideal dither fish for solitary specimens as well.

These particular Glofish come in Cosmic Blue, Electric Green (the original), Galactic Purple, Starfire Red, and Sunburst Orange. They can be kept in solo color or mixed groups of either different Glofish or normal variants. And they will breed true, with the color of the fry dependent on the genetics of the parents!

Should you decide to keep them in a Glofish only community tank it helps to have gravel and decorations that accentuates the Glofish theme and makes the stand out even more boldly! 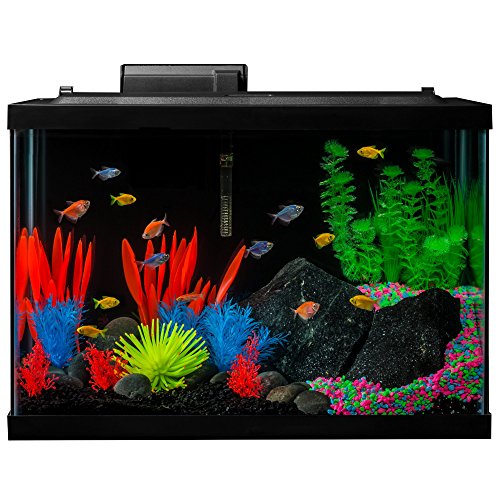 Tiger Barbs were immensely popular even before Glofish Barbs were created. They come in several variants, including Blushing, Albino, and Green. And now we have Glofish Barbs as the newest variant to add to your collection!

Tiger Barbs are occasionally a bit too curious for other fish to handle as they tend to nip at the trailing fins of both their own kind and their tank mates. This can make them a poor match for long finned Glofish Tetras and Globettas.

However when kept in small groups with normal finned fish they generally keep to themselves and are some of the most active members of any community tank. Here are some additional tank mate suggestions for your Glofish Barbs!

Undemanding, small, and an aquarium favorite for decades, it’s non surprise that the Black Skirt Tetra makes an excellent Glofish! Their wide bodied form and impressive fins are even more attention-grabbing than Tiger Barbs. However Black Skirt Tetras have none of the fin nipping nature of Barbs and coexist peacefully with all community fish.

These tetras come in six color forms, ranging from Cosmic Blue to Moonrise Pink, as well as long finned forms of nearly all color morphs.

Glofish Tetras prefer being kept in groups of at least 6 individuals. Any less and they tend to grow skittish and wary. This makes them suitable for aquariums of at least 10 gallons in size!

And like all of the other Glofish here they are hardy and accepting of a wide range of prepared foods like Glofish pellets and flakes! 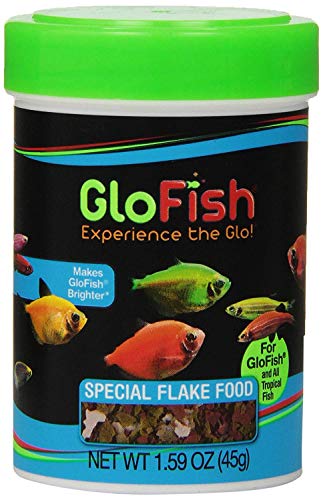 While not true Sharks it’s easy to see how Rainbow Sharks got their name! And the albino variety has proven to be the perfect white canvas for fluorescent Glofish colors!

That said, Rainbow Sharks are probably the least community oriented of all of the types of Glofish. So long as you offer them a cave or plant mass to hide within or behind they will limit their aggression to keeping curious fish out.

However if not given a focal point they tend to claim the entire bottom as their territory and will nip at any interlopers. Rainbow Sharks aren’t as aggressive as Red Tail or Black Shark Minnows but they can still give slow moving or long finned fish a very hard time, especially in a small aquarium.

And with an eventual adult size of 6 inches they are too large for smaller 5 to 10 gallon Glofish communities. Rainbow Sharks should be kept in aquariums of at least 30 gallons and always be given a cave to call home!

Globettas are the newest types of Glofish to hit the hobby, appearing in stores in February 2020. Currently they only come in an Electric Green color form, with a male long-finned Electric Green Premium also available!

Like traditionally bred Bettas, Globettas are intolerant of other males and will fight viciously – despite their beauty you’re limited to only one per tank. However they are just as hardy as any other Betta and thrive on animal protein-rich foods like Omega One’s Betta Buffet! 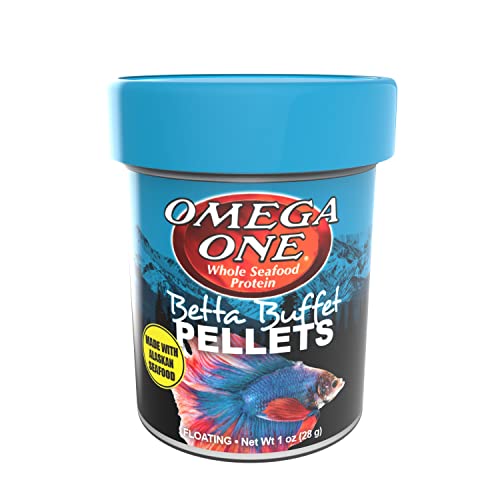 Globettas are the best types of Glofish for aquarists that are space and money limited. They can be kept in aquariums as small as 5 gallons and are resilient if filtration isn’t in the budget. That being said, I always recommend using a filter when keeping Bettas!

Japanese Rice Fish are and aren’t Glofish. They are because they were created by the very same process as the trademarked Glofish: transgenic jellyfish, coral, and sea anemone DNA.

However a different company, Taikong Corporation, based in Taiwan, is responsible for these Rice Glofish. They are rarely seen in North America and Europe but are quite popular in China, Japan, and Taiwan.

Japanese Rice Fish are popular because they are some of the hardiest fish you will ever own. Found in shallow streams, ditches, and flooded rice paddies, they tolerate a wide range of temperature extremes.

In aquariums you can keep Rice Fish from 64-75F. They prefer a neutral to slightly alkaline pH but also thrive in mildly acidic environments. And they don’t mind living in fresh, brackish, or even full saltwater!

Rice Glofish will eat nearly anything but love tiny invertebrates like Brine Shrimp nauplii and Daphnia. They also accept any prepared or frozen foods you offer and readily breed in captivity.