As much as we may want 20, 55, or 100 gallons of aquarium space to play with, we may be space-limited. But that doesn’t mean we can’t stock something smaller. Nano tanks can be just as beautiful and full of life with the right fish and plants. So why not consider some of the following fish for a 5 gallon tank?

Here are 10 of our favorite for for 5 gallon aquariums:

Endler’s Livebearer are closely related to Guppies and other Livebearers but they are significantly smaller! They are usually sold with wild-form colors, which are similar but more intense than a Common Guppy’s. Recently some new colors have arisen to match their more popular cousins.

These tiny fish breed just as often and are just as easy to keep. Endler’s Livebearer prefer neutral to slightly alkaline conditions (pH 7.0-7.5) with a dash of aquarium salt.

Feed them crushed flakes and small frozen or fresh foods like baby brine shrimp and daphnia! When well fed and kept in clean conditions, you can’t help but get babies from them!

One of the newest nano fish to the hobby is the Celestial Pearl Danio. These are perfect fish for 5 gallon tanks because they don’t need especially warm conditions. 72-75℉ is perfect for a small group.

Also known as CPDs or Galaxy Rasboras, they aren’t exactly schooling fish. Instead, the males form small territories that females wander through. The males will display, hoping to attract a mate, and ward off rivals for their attention.

Therefore, it’s important to sex your fish as too many males may lead to vicious fights for space in a small 5 gallon aquarium.

Boraras brigittae is the true Chili Rasbora. However there are several species in the genus Boraras that have identical requirements and are great fish for 5 gallon tanks.

As cyprinids these tiny fish are closely related to Barbs, Goldfish, and Danios. Entirely peaceful, Chili Rasboras live in blackwater swamps in Southeast Asia. Since the majority are wild-caught, you’ll need to replicate these conditions.

That means soft, even distilled water, with next to no measurable hardness and plant tannins to bring the pH down. pH 4.0-5.0 is perfect for Chili Rasboras, with 6.0 being an upper limit. 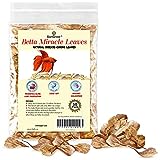 Peat substrates, bits of driftwood, and Indian Almond leaves can all provide the plant tannins needed to replicate their preferred water chemistry!

They spend most of their time grooming plants and moss for algae and bits of leftover food. Red Cherry Shrimp come in several grades, with the highest being the most intensely red (and most expensive). There are also blue, black, yellow, and other shades available.

Shrimp have next to no bioload and make great additions alongside most of the fish here except for Pea Puffers which love eating them.

Siamese Fighting Fish or Bettas are one of the most popular tropical fish in the world now. Their ability to survive in small bowls ensures nearly any home can find a place for one. However they much prefer heated tanks with filtration!

Many people think you can’t keep Bettas with other fish when in fact they are quite peaceful. It’s two males you can’t keep with each other as they will fight to the death. Even females can live in groups called Betta Sororities.

A Betta is one of the showiest fish for a 5 gallon tank and can even be kept alongside a small group of Chili Rasboras or Endler’s Livebearer!

However, I don’t recommend adding a female as males can be aggressive in their desire to mate. She won’t have enough room to escape his attention in a 5 gallon tank.

Short lived but very active, Malaysian Trumpet Snails are great detritivores. They munch on algae, leftover flakes, fish waste, and pretty much anything else they can find.

Trumpet Snails are especially good for sand substrates. By burrowing they help aerate the sand and prevent anoxic pockets full of toxic gases from developing!

However they do have a tendency to reproduce out of control. They are parthenogenic, meaning they can create babies without a male present to fertilize them.

Instead of laying eggs they give birth to live young much like a Guppy would. One Malaysian Trumpet Snail can become dozens, making them a pest to some aquarists.

So consider carefully whether you want these busy burrowers as part of your nano tank clean up crew. If you find snail eggs here are some tips on how to deal with them.

Like their cousins the Betta, Sparkling Gourami are partial air-breathers. In nature, they live in hot, still swamps and canals where oxygen levels are very low. So you’ll see your Gourami dashing to the surface for a breath now and again, even if you provide plenty of aeration!

Sparkling Gourami are one of the smallest types of Gourami and fit nicely in a 5 gallon tank. Like most of their family males tend to be aggressive towards one another so choose one per tank and include a female or two.

They also prefer heavily planted aquascapes with thick weedy plants like GUppy Grass and Hornwort to hide among. In the shade of plants their iridescent blue scales will shine as they catch the light!

Pea Puffers are tiny little eating machines that can unfortunately be a menace to their tank mates if you don’t plan carefully.

Puffers are inquisitive and explore their world using their mouths. However they have some powerful teeth for their size and are more than willing to nip fins, eyes, and flanks when hungry.

Shrimp and snails will likely be eaten as well. Pea Puffers are best kept in small groups in their own tank or with faster schooling fish that can avoid their curiosity.

However they are inquisitive and fascinating to watch as they stare right back at you, waiting for yet another feeding.

Badis are a little uncommon but come in several shades. Scarlet Badis are the most common in the hobby. As micro predators they hunt for tiny invertebrates and plankton along the bottom of rivers.

Scarlet Badis ignore pretty much all other fish but the males are intensely aggressive towards each other. They will fight to the death even in larger tanks. However a single male can be kept with a female or two in a 5 gallon tank.

They can be a little challenging because they strongly prefer live food. Wiggling baby brine shrimp, daphnia, and microworms are best as they may not recognize flakes or pellets.

Even more uncommon than Scarlet Badis are the Pygmy Sunfish. North American native fish are quite popular in Europe and for very good reason.

Many species, especially those from Florida like the Everglades Pygmy Sunfish (Elassoma evergladei) are very beautiful. The males have vivid black and shining blue scales that get even darker when competing with rivals or for females.

Being US natives they thrive in temperatures as low as 50℉ and are great choices for a 5 gallon coldwater aquarium. 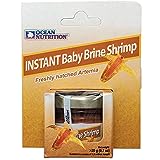 Since they are all wild-caught you’ll need to provide live food until you can wean them onto fresh or frozen invertebrates like bloodworms and brine shrimp.