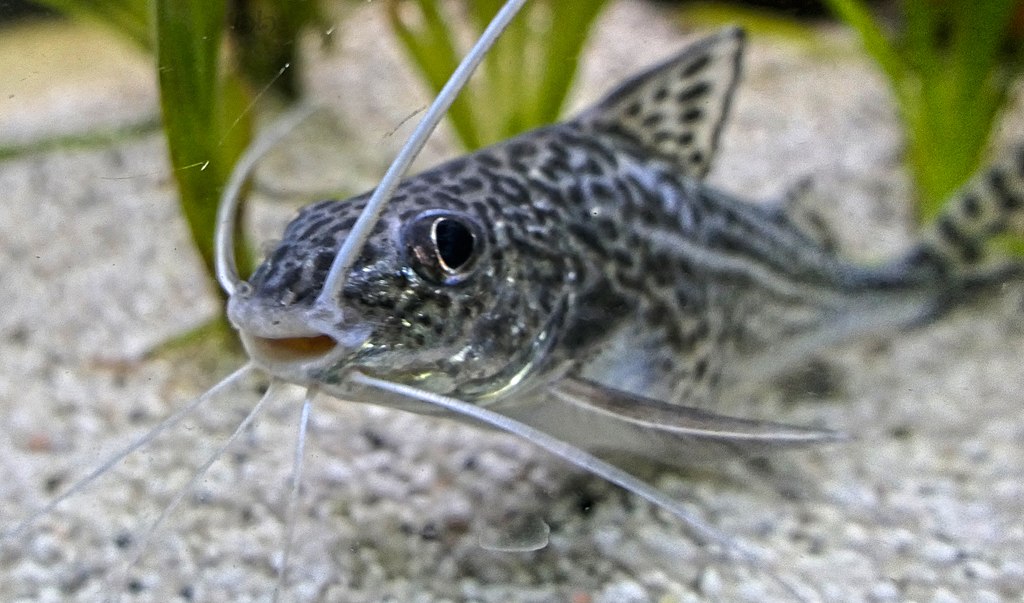 Pictus Catfish are great community fish so long as you aren’t interested in Tetras, Guppies, and other nano fish. Otherwise, they may end up as an easy meal for these swift predators. Try matching them to any one of these medium sized community fish instead!

Here are 10 compatible Pictus catfish tank mates that you should consider:

Blue Gourami are one of the oldest aquarium fish and have been in the trade for decades. As a result they come in several stunning color morphs, including Platinum, Gold, Opaline, and Albino.

They are laterally compressed and have delicate feeler-like pectoral fins for navigating through weed-choked waters. Like their close cousins the Betta, Gouramis are partial air breathers and periodically take gulps of oxygen-rich air!

Blue Gourami are known to be semi-aggressive, which often surprises aquarists. This aggression is more pronounced in males and is much worse when they are kept in smaller aquariums.

Since they can reach up to 5 inches in length you’ll want at last 30 gallons for a single Blue Gourami. When keeping them in pairs the male will place more of his attention on his potential mate or rival, sparing his tank mates.

Bucktooth Tetras have some of the strangest eating habits of any Tetra. Since they grow fairly large they will gladly eat Guppies and other smaller fish. However they are also scale-eaters and will nip the flanks of similar sized or larger fish!

In nature they move in massive schools and will even behave like piranha if hungry enough. However Pictus Catfish make great tank mates for Bucktooth Tetras! They are too large to be eaten and their scaleless flanks are of no interest to the Tetras.

Like most Amazonian natives, Bucktooth Tetras prefer acidic tropical conditions (pH 5.5-7.0, temperature 77-84F). Use care when introducing them to planted tanks because these fish will even chew on softer plants. Keep them with Anubias, Java Fern, and other tough, bitter plants!

While they look quite different Glass Catfish are very similar to Pictus Cats in habit. Both are active predators that move in large schools. Both Catfish should be given feeder Guppies and freshly thawed meaty items like Brine Shrimp or Bloodworms.

The see-through bodies of Glass Catfish inspires their other common name: Ghost Catfish. These striking fish can be somewhat sensitive to abrupt changes in water conditions. When shopping at the pet store never buy a Glass Catfish that’s no longer transparent. This is a sign that the fish is likely to die.

Provide them with soft, acidic water chemistry and temperatures from 75-80F to keep them healthy and active! Heavily planted aquariums plus the company of their own kind goes a long way towards keeping them happy.

Unlike the majority of Killifish the Blue Gularis isn’t a small, peaceful micropredator. This large Killi is rather aggressive and will gladly snap up smaller tank mates if possible. However they rarely cause too much trouble towards tank mates that are both faster and too large to eat, such as Pictus Catfish.

Their fins look like brilliantly colored flags and the riot of colors on their flanks make them a star attraction for any aquarium setup. Like most West African fish the Blue Gularis needs tropical temperatures and soft, acidic water chemistry for optimal health. 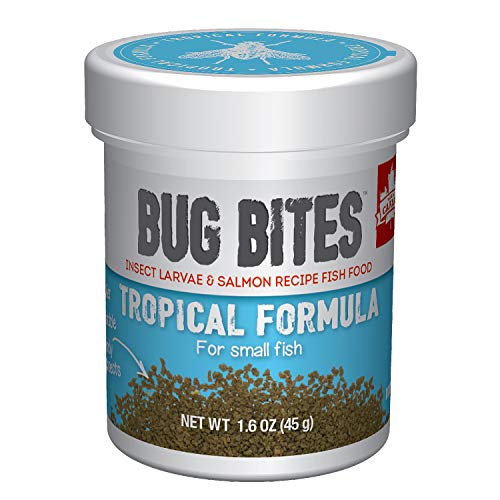 As a predator you should feed them a mixture of protein-rich live and frozen food, supplemented by a high quality pellet. Since many popular prepared formulas use a lot of vegetable-based fillers I recommend Fluval Bug Bites for carnivores. The major ingredients are insect larvae and fish protein; perfect for both Pictus Cats and Blue Gularis!

When looking for large dither fish I always recommend going with Silver Dollars. These large schooling characins are related to both the toothy Piranha and the massive Pacu. Yet they aren’t nearly as large as Tinfoil Barbs or Pacus, making them better suited to aquarists with medium-sized tanks from 55-125 gallons.

Silver Dollar is a generic name for several closely related fish. All have a metallic silver base and several species have red in their fins or flanks as well.

While peaceful, Silver Dollars can be extremely skittish and will run into glass and decorations if a sudden movement causes the school to panic. Thankfully, they tend to calm down when paired with peaceful, active tank mates like Pictus Catfish.

Silver Dollars are completely vegetarian as well. Besides high quality Spirulina-based formulas you should also offer them parboiled vegetables like peas and zucchini! Unfortunately, they are entirely unsuitable for planted tanks. Even the toughest plants will eventually be eaten by them!

Included in my list of the best algae eaters is the Rubber Pleco, a somewhat uncommon species that’s quite different from the Common Plecostomus (Hypostomus plecostomus). Rubber Plecos have a distinctive blunted snout and a subdued striping that’s very attractive.

They also remain much smaller and rarely grow larger than 4 inches. This makes them perfect for smaller aquariums; Common Plecos can reach 18-24 inches and grow aggressive with age. 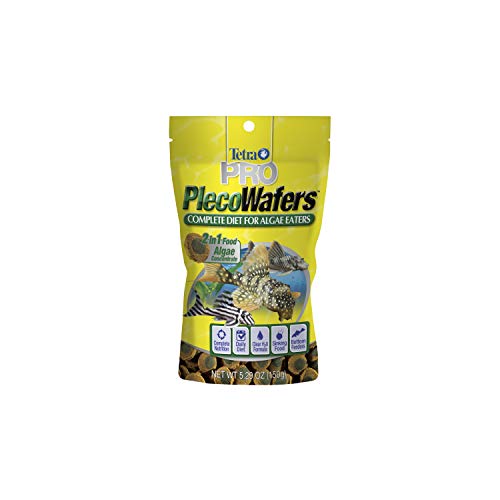 Since they are such talented algae eaters you’ll need to keep watch to make certain your Rubber Pleco is well fed. I typically add a few vegetarian algae wafers at night to ensure they remain plump. Like many of the more unusual Plecos they also prefer having soft, mature driftwood to rasp on.

Angelfish are some of the most iconic aquarium fish you can get and they are fantastic tank mates for Pictus Catfish. While they are medium to large cichlids, Angelfish are very mild mannered and have mouths much too small to do real harm.

They also come from the Amazon Basin and prefer soft, even blackwater environments with plenty of plants to dart through. Angelfish even form shoals in nature and occasionally pair off to breed. Like most Cichlids Angelfish are excellent parents, though they are also almost impossible to tell male from female.

Discus are another Amazonian Cichlid that have similar habits to Angelfish. Discus come in hundreds of color morphs and are almost like Koi in terms of their variety and breeding potential. Discus are more shy than Angels, however, and somewhat sensitive to poor water conditions.

Rainbow Sharks are closely related to the more aggressive Red Tail Black Shark (Epalzeorhynchos bicolor). However, they are slimmer, more of a grey to light black in color, and have orange to light red fins rather than a scarlet tail fin.

They do have the distinctive shark-like dorsal fin and active prowling habit that gives them their name, though! I specifically recommend Rainbow Sharks because they are far less territorial.

Red Tail Sharks will tend to dominate the bottom of an aquarium and will give Pictus Catfish a hard time. Rainbow Sharks still prefer having a cave or other dwelling to call their own, though.

Like most large Cyprinids (Barbs, Goldfish, Danios, etc) Rainbow Sharks are omnivores that eat both plant and animal matter. Fresh tubifex worms, blanched vegetables, flakes, and even algae are all happily accepted by them.

Tiger Barbs are ideal Pictus Catfish tank mates: too large to be eaten while mostly ignoring their tank mates. They are occasionally fin-nippers but are more threatening towards Bettas and other slow moving fish.

Tiger Barbs are very easy to keep and since all are tank bred they thrive in a wide variety of water conditions. Neutral to slightly acidic suits them best, however. Like most Barbs they are active schooling fish; a single Tiger Barb tends to be skittish and easily stressed.

Tiger Barbs are also a variety of the genetically engineered Glofish that contain fluorescent coral and jellyfish proteins. These radical new fish have a permanent, non-dye based glow and suggest a very interesting future for the aquarium hobby!

Rainbowfish are a large family of aquarium fish; some are smaller than an inch long and would be an easy meal for a hungry Pictus Catfish. However the Red Irian Rainbowfish is one of the largest species.

Like many fish Red Irian Rainbowfish are sexually dimorphic. The males are a vibrant shade of crimson while the females are silver to brown in color. However, you’ll need a few females for him to impress if you want to see the best color and interesting social interactions.

Red Rainbows are schooling fish and considering their size you’ll need at least 55 gallons of space for a small shoal of 5-6 individuals. They are also quite easy to breed and I strongly recommend doing so. Tank bred Rainbowfish are always in high demand and it also takes pressure off of wild stocks!