Lean, mean, and with mouthfuls of sharp teeth, Moray Eels are one of the most interesting fish around. But even beginner aquarists know that these eels grow huge and aren’t a good fish to try out…Right?

If you’re interested in Moray Eels but don’t want something that will grow larger than you, consider the Snowflake Eel instead! These Eels stay at a very manageable size and, while predatory, are much gentler on their tank mates!

Getting to Know the Snowflake Moray Eel

Moray Eels captivate the imagination because so many of them are literal sea serpents! The largest of them can grow 10 to 12 feet in length and weigh several hundred pounds. And they are all carnivorous and often highly aggressive as well. But you don’t need a swimming pool or tank thousands of gallons in size for all of them; a number stays quite small for their entire lives.

As one of the smallest and easiest to care for Moray Eels, the Snowflake Eel is understandably the most popular of the group. Maxing out at around 24 inches in length as an adult, they can be kept in aquariums as small as 55 gallons, making them fascinating additions to the world of marine fishkeeping.

Snowflake Moray Eels can be found across an extremely wide spread of the IndoPacific Ocean. Divers will encounter them from the east coast of Africa, in reefs throughout the Indian and Pacific Ocean, all the way to the tropical coasts of Baja California, Central, and South America!

The majority of Moray Eels are predators of fish but the Snowflake Eel (along with the closely related Zebra Moray (Gymnomuraena [Echidna] zebra) are invertebrate hunters.

Instead of a mouthful of needle-like teeth to hold onto slippery fish they have molar-like teeth for breaking into shells. This makes feeding easier as well as choosing tank mates for them since they aren’t as voraciously predatory as other Moray Eels!

Overall, this is an easy to care for species of Moray Eel that’s a decent fit for most community tanks so long as you plan carefully. However, they do have a few quirks that we should discuss. What else is there to know about caring for the Snowflake Moray Eel?

Snowflake Moray Eels are one of the smallest and easiest to care for eels in the hobby. They are also affordable and beautiful, to boot! So long as you keep their water well filtered and feed them frequently, they will become one of the most interesting fish you’ll ever own!

One of the best things about keeping Snowflake Moray Eels is their size. They are one of the smallest species in the world and only reach around 2 feet in length. And when shopping for them in pet stores you can often find 7-8 inch juveniles for sale.

This means you can keep them in aquariums as small as 20 gallons when young. They will eventually need an upgrade to a tank around 40-55 gallons in size as an adult. But these are solidly medium sized aquariums and very easy to find.

You may decide you want to start right off with the 40-55 gallon tank even if you have a young eel because they grow very fast. A young snowflake eel that’s 8 inches long may add another 4-6 inches of length in just a year. And in 2 years, it’s close to fully grown! So a large tank from the start is a better investment that will have more time to mature biologically alongside the inhabitants.

Another important thing to consider when setting up a Snowflake Eel aquarium is keeping it secure. Eels of all kinds love exploring their environments when the lights go out. And they will test the lid and any holes they can find to try and slither out of the tank.

Eels can survive out of water for a fair amount of time so long as they are kept moist. But your living room floor likely doesn’t count as a moist place and you may find a dead eel in the morning.

So secure the lid with weights or a latching cover. And any holes leading into it for cords and pipes need to be tight fitting enough that the Snowflake Eel can’t squeeze out through the gaps.

Moray Eels are hardy fish and the Snowflake Eel is no exception. They prefer standard marine conditions for fish-only tanks. A specific gravity (salinity) range of 1.020-1.025 is ideal as is a temperature from 72-78℉ and a pH of 8.1-8.4. Currents can be low to moderate in strength.

They aren’t especially sensitive to ammonia, nitrite, or nitrate. But you should still always be seeking to minimize levels of these toxic compounds in your water. Snowflake Eels unfortunately tend to create large amounts of ammonia due to their meat-heavy diet and messy eating habits.

Bits of food float everywhere, which rot and eventually decay into ammonia. Heavy duty canister filters are essential (along with frequent water changes and a mature biological filtration system) to keep their water pristine.

Snowflake Eels aren’t too picky when it comes to light levels but they do prefer subdued lighting conditions. You’re more likely to see the eel leave its cave if the lights aren’t blasting at full strength continually. Otherwise, they will tend to hang around their chosen hiding place, waiting for food to appear.

Snowflake Eels are one of the most fish-friendly Moray Eels you’ll ever find because they much prefer crabs, shrimp, and other crunchy prey. Even fish that are small enough to be swallowed if given half a chance, such as smaller Damselfish and Clownfish, are likely going to be ignored. So long as you keep your eel well fed, that is!

If you skip feedings here or there, you may see a tank mate disappear overnight, however. Snowflake Eels are specialist invertebrate hunters but not above opportunistically picking off a sick or sleeping fish.

Anything large enough not to be outright swallowed is going to be safe, however. And since these eels are on the small side, they pair well with medium sized, deep-bodied fish like Tangs, Angelfish, and larger Damselfish like the Domino Damsel and Blue Reef Chromis. Larger Clownfish, like the Maroon Clownfish, are also a good match for a Snowflake Eel.

If you’re into predators, you can also keep them alongside Lionfish, Triggerfish, Groupers, Marine Bettas, and other hunters. You can also try other, similarly sized Moray Eels, especially other Snowflake Eels.

But be very careful to introduce them at the same time and provide hiding places for all in case they don’t get along. Moray Eel fights can turn vicious with their sizable teeth. Also, if one eel outgrows the other there’s always a chance it may try to eat the smaller eel. Since Snowflake Eels are on the small end of the spectrum, don’t keep them alongside larger, more predatory Moray Eels as they will always lose that fight.

Crustaceans are the only real no-go tank mates for Snowflake Moray Eels. Crabs, shrimp, and lobsters are their favorite prey and they have crunching, molar-like teeth to crack their shells. However, the majority of reef invertebrates can live alongside one, such as Sea Urchins, Starfish, Hard and Soft Corals, and Sea Anemones.

Cleaner Shrimp (Lysmata sp.) can sometimes work as tank mates for Snowflake Eels. But it really is a coin toss as to whether or not the eel will eat the shrimp. If you’re determined to try, then stick to the Scarlet Skunk Cleaner Shrimp (Lysmata amboinensis) because they are the most reliable cleaners. A Blood Red Fire Shrimp or Peppermint Shrimp may be too lazy and end up being eaten.

Introducing the eel into a tank where the shrimp is already established can also increase your chances of success. A shrimp acting distressed and fleeing in every direction is likely to trigger your eel’s feeding response. But a shrimp that’s already settled in may be seen as a useful houseguest instead. And lastly, feed your Snowflake Eel regularly, to keep him from eyeing the shrimp as a possible meal!

Unlike most Moray Eels, Snowflake Eels don’t eat fish. Therefore, feeder fish are a bad idea. In fact, they are a bad idea regardless because store bought feeders are loaded with bacteria and parasites that they transmit directly to your predatory fish.

Instead, shop around the fresh and frozen sections of your local grocery store for squid, octopus, clams, crab, shrimp, and other tasty invertebrates. Mussels, clams, and crabs are great for them to crunch into and if you can find live specimens at the beach or seafood aisle, so much the better! 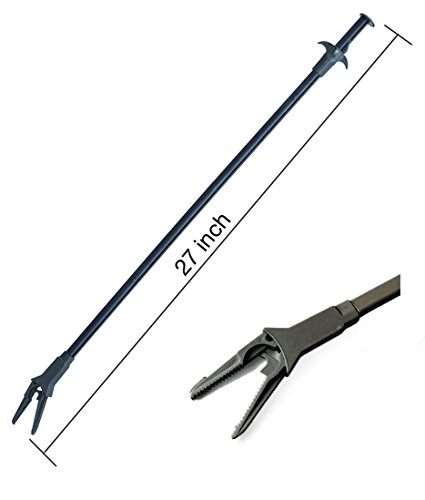 Otherwise, you can use feeding tongs to offer them pieces of fresh and frozen food. Snowflake Moray Eels are probably the safest species to try hand feeding, if that’s something you want to do. But remember that all Moray Eels have very poor eyesight and nasty bites.

In its haste to get to the food, there’s always a chance the Snowflake Eel latches onto a finger instead. And they can easily break the skin, driving dangerous bacteria into the wound. This can lead to possible infection and a hospital visit. It really is best to stick to feeding tongs around them!

Snowflake Eels should be fed several times a week but not daily. 3-4 times is ideal, with a day to digest between each feeding. Moray Eels are infamous for going on hunger strikes on occasion and Snowflake Eels are no different. It may decide it doesn’ want to eat for a week or more…But be ready with food each day because when it is ready to eat, it won’t be picky. Any smaller tank mates may suddenly look very appetizing.

Unfortunately, you’re going to have to go it alone if you’re looking to breed Snowflake Moray Eels because it’s next to unheard of in home aquariums. The eels aren’t sexually dimorphic, meaning we can’t tell males from females apart by looking at them. That said, the eels clearly can tell so they likely have hormonal or behavioral cues that they go by.

It is known that Snowflake Moray Eels are pelagic spawners, meaning they release their eggs directly into the water column. The eggs have a droplet of oil, helping them stay afloat until they hatch. The young eels then form part of the chain of zooplankton awash around the reef, eating and being eaten by the soup of organisms that live within it. The eels metamorphose several times into new shapes before settling down to the reef and finding a hole of their own.

Snowflake Eels (and Moray Eels in general) complicate pairing them off because they don’t actually have fixed genders! This is very common among marine fish; they can switch genders depending on behavioral and environmental factors.

If you have a stable pair or group of Snowflake Eels, the most dominant fish will become the male. The process takes weeks to months to finish and is also reversible should that fish lose dominance. The females then form his harem and he eventually mates with each of them in turn.

Keeping multiple Snowflake Eels presents a real challenge though, since they get along great until they don’t. Fights can be very nasty if the loser can’t escape from the more dominant eel. But given the gentle temper and small size of the Snowflake Moray Eel, this is the best eel to attempt to breed if you’re interested!