If you enjoy browsing the saltwater section of your local fish store, you’ve likely seen a gorgeous fish with the clashing red, blue, and green patterns. It likely spent all of its time creeping on the rocks and coral instead of swimming like a normal fish.

You’ve just seen a Mandarin Goby for the first time. These little fish are a delight for marine fish keepers that know what they’re getting into. Because they are as challenging as they are beautiful yet worth the fuss for many aquarists!

What are Mandarin Gobies?

The Mandarin Goby is one of the strangest fish in the sea. You can tell right away by simply looking at it. It’s a mishmash of clashing colors that are garish even by saltwater standards.

Despite being brilliantly colored and easy to see the Mandarin Goby is a slow, creeping fish. Often it perches right on coral frags but spends most of its time poking around in between rocks and coral. How does such a slow, helpless, obvious fish avoid being a meal?

The bold color of the Mandarin Goby is actually a warning flag. Much like bees, monarch butterflies, coral snakes, and other dangerous animals, the Goby is advertising its presence to predators, telling it to watch out. I’m not scared of you but you should be scared of me.

The skin of the Mandarin Goby is coated in a toxic slime that tastes bitter. In fact, it’s so noxious that it can kill nearby fish if exposed for a long time. When moving Mandarin Gobies to a new home, never bag them with other fish. They may become fatally poisoned within minutes by the slime cocoon the Goby releases under stress.

Both the Mandarin Goby and its cousin the Picturesque Dragonet (Synchiropus picturatus) are very interesting for another, even less well known reason. They are two of the only vertebrates (among a handful of all animals) that are truly blue in color.

But wait, you say, thinking of blue butterflies, birds, and fish. As it turns out, blue pigmentation involves a complex and rare evolutionary pathway. Every other animal that evolved blue color does so through trickery.

Typically they use structural components within their scales or feathers to bend white light in such a way that blue wavelengths are reflected back. Mandarin Gobies, on the other hand, have true blue pigments!

You may also come across a Red Mandarin Goby, which is a variant of the standard breed but is the same species. What interesting little fish! So how does one go about caring for a Mandarin Goby?

As beautiful as these little fish are, there’s a fair amount to be aware of when keeping them. Mandarin Gobies aren’t a good first fish for anyone and are a challenge even for experienced aquarists.

These stunning little fish place no demands on you when it comes to space requirements. Mandarin Gobies can live comfortably in aquariums as small as 20 gallons. Large, mature aquariums are better for them because they are more likely to grow a sustainable crop of crustaceans and worms for your Goby to feed on.

In a large enough, well established tank, you may never need to worry about feeding your Goby at all. It may simply graze continuously on the invertebrates living in and around live rock. This is by far the best possible way to care for a Mandarin Goby.

When shopping for a Mandarin Goby it’s not as simple as pointing to the tank and taking your fish home. Take the time to examine the Goby closely because they are all wild-caught and are fairly sensitive fish.

If the Mandarin Goby is pale in color and has a visible bony ridge protruding from their sides, they are starving. The Goby may only have just arrived and may bulk up in a couple of weeks. But they are also notoriously picky eaters, which we will discuss in much greater detail. And like most marine animals they probably have some internal parasites that are making things worse for them.

Unfortunately, Mandarin Gobies are also very likely to be collected by poisoning. In many parts of the world fisherman load cyanide into spray bottles and mist the reef. This briefly stuns the fish, making them simple to catch and bag.

However cyanide is deadly poisonous and the fish may have long-term effects that don’t manifest until after they make it to your aquarium, weeks down the line. If your Goby doesn’t look perfect don’t buy it.

Also ask to watch it feed and hold off from buying it if it refuses as these fish eat constantly. Unless you’re willing to take the time to try and train it onto a particular food source, you’re better off waiting for a healthy specimen to arrive or buying from a Mandarin Goby specialist.

Mandarin Gobies aren’t especially hardy nor are they particularly sensitive when it comes to water quality. Like most reef animals stability is key and sudden fluctuations in water parameters is what causes problems.

Temperatures of 72-82℉ are perfect for them. Salinity should stay between 1.023-1.025 and the pH should be 7.9-8.4. Standard saltwater aquarium parameters. Ammonia, nitrite, and nitrate should all be as close to 0ppm as possible.

Mandarin Gobies are excellent fish for reef tanks. In fact, I think reef aquariums are by far the best habitat for them over a fish-only tank.

Mature reef aquariums are going to have loads of copepods, gammarus, worms, and other tasty invertebrates hidden in the live rock. Your Mandairn Goby needs these to survive. In a fish-only tank these invertebrates are eaten in much larger numbers by the other fish.

Mandarin Gobies completely ignore corals, anemones, and other sessile invertebrates. They also won’t bother shrimp, crabs, and other larger invertebrates. And their bold colors make them a perfect fit for the chaotic, coral and algae covered rocky environment!

Understanding how to feed Mandarin Gobies is by far the most important aspect of keeping them healthy. These fish are very challenging to keep fed because they have a specialized diet and niche they occupy in nature.

In the wild, Mandarin Gobies spend all of their time hunting in between coral fragments looking for small crustaceans and worms. But above all, they prefer copepods and gammarus, tiny crawling and free-swimming crustaceans that are an important part of the marine food chain.

These crustaceans aren’t difficult to grow and breed but in most aquariums the filtration unit does too good of a job. It will suck up and free-swimming copepods or their larvae. And a clean aquarium may not have enough detritus to maintain a large population of crustaceans long-term.

Mandarin Gobies are also grazers rather than meal takers. Throughout the day they hunt and eat these tiny invertebrates. Since they have a formidable appetite and are always hungry the supply needs to be nearly constant. Or you simply feed them regularly.

The final challenge is that they are shy bottom dwellers and refuse to dash about for food like other fish. Your Mandarin Goby will be outcompeted for food at every opportunity. Assuming you even offer them their favored prey they may end up starving due to their lack of speed…

Mandarin Gobies are entirely wild-caught so training them to accept prepared foods like flakes or pellets is next to impossible. They tend to starve before learning these items are edible. Many aquarists have success feeding them live Mysis or Brine Shrimp, which can be easily cultured at home. Eventually, you may be able to wean them onto frozen shrimp, making things even easier for you! 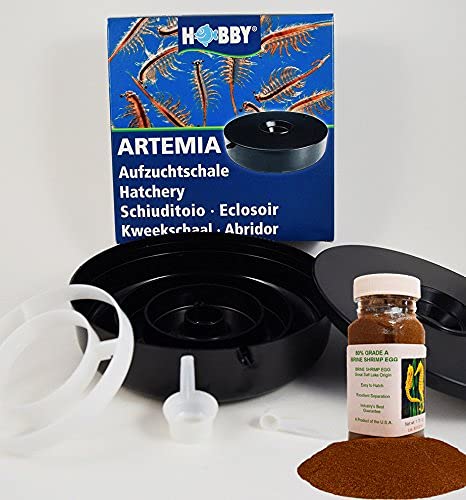 But if you’re worried about your Mandarin Goby’s long-term health, raising Copepods or Gammarus yourself is the best way to succeed with these fish. Copepods can be raised in separate aquariums and be fed green water planktonic algae. The Copepods will multiply rapidly and can be used as a continuous food source for your Mandarin Goby!

Gammarus are also worth exploring. These tiny crustaceans prefer crawling to swimming and can be found in nearly any established marine aquarium. However your Mandarin Goby will likely eat all of them unless you have a large (55+ gallon) mature reef aquarium where the gammarus population can remain stable.

If you have a refugium set up for your aquarium it’s also a perfect location to raise gammarus. Free from predation from all of your fish and with plenty of macro algae and detritus to fuel their growth, you can have a ready supply of live food as well as a capable biological filter.

Once you’ve secured your food source, you may need to take special care to feed your Mandarin Goby. A pipette or small netful of crustaceans can be offered to them directly. This keeps their food from being entirely eaten by other fish and swept up into the filter before the Goby gets a chance to eat.

But these fish are moody and may simply flee if they see your giant hand coming towards them. You’ll have to get creative when feeding these fish. I recommend buying Mandarin Gobies that will eat in the store in front of you.

Or you can buy directly from distributors that know the challenges involved in raising these fish. Some distributors take the time to wean them onto mysis shrimp before selling them, which makes things much easier for you.

Mandarin Gobies are fairly easy to keep with just about any marine fish. They tend to ignore just about everything and focus their attention on the substrate seeking crustaceans. You should simply choose fish that are similar or smaller in size, peaceful, and won’t outcompete the Goby for food.

Since there aren’t any other fish that are similar in color the competition shouldn’t be fierce unless the tank has too few hiding spaces.

Mandarin Gobies can be either mates for life or worst enemies when keeping them together. A pair of the same sex will likely fight to the point that the loser dies from stress and starvation. These fish need a large area to sustainably feed in. therefore they are very territorial and will chase off competitors.

But if you try introducing a male and a female to each other there’s a good chance they will tolerate one another. While it’s very unlikely in the tight confines of a home aquarium they may even breed for you!

Mandairn Gobies are actually pretty easy to sex once they are two inches or larger in length. Both males and females are brilliantly colored. But sexually mature males have a dorsal spine that stands much higher than that of a female. Males also tend to be much larger.

In the wild, Mandarin Gobies have a complex spawning method that complicates raising them in home aquariums. The males display at dusk or dawn, finding a bare patch of ground where they can put on a show.

The smaller females arrive to watch and if any are willing they select the mate of their choice. Once chosen, the two rise up into the water column in a harmonic dance.

At the very peak of their dance they simultaneously release their eggs and sperm into the current, only to dash back to the safety of the reef.

By rising above the reef, the current can sweep away their fertilized eggs, allowing the young to grow up within the planktonic buffet. Within a few weeks the fry grow large enough to swim back down to the reef where they begin hunting for copepods and other tiny prey.