Parrot Cichlids occupy a strange spot in the hobby. While medium sized they have such tiny mouths that they can be kept with both large and smaller fish. And while their parents are both aggressive fish they aren’t able to really attack their tank mates. As a result there are several great fish to choose from as Parrot Cichlid tank mates!

Here are 10 of the best tank mates for Parrot cichlids:

Emperor Tetras are a little uncommon but I prefer them over Neons and other small species because they are robust enough to avoid the occasional chase from an angry Parrot Cichlid. Like their relatives they are peaceful schooling fish that prefer being kept in well planted tanks with elevated temperatures (78-84F).

Unlike most Tetras, you can tell the difference between male and female Emperor Tetras simply by looking. Males are larger, slimmer, and have a tail fin extension that gives it the appearance of a trident. Females are smaller, plumper, and lack the trident forking.

West African cichlids don’t get nearly as much attention as their Rift Lake cousins. However the Kribensis is a popular exception that is also a great tank mate for Parrot Cichlids.

Kribs are on the larger end of what we popularly call dwarf cichlids as they typically grow 3-4 inches in length. Despite being less deep bodied than Parrot Cichlids they can still hold their own in the occasional territorial squabble. And like all cichlids Kribensis do become more aggressive when breeding.

Kribs are also easy on decorations and rarely feel the need to do any major digging or plant removal. Their small size and smaller mouths prevent them from tearing up too much decor!

Most Central American cichlids are too much for the average Parrot Cichlid. While they are descended from two Central American species Parrots have mouths that are too tiny to engage in lip locking and other wrestling matches. Typically they get bullied by their cousins as a result.

Firemouths, on the other hand, are very mild mannered for Central American cichlids. They are also gorgeous, with a flame red underside and gill arches that they display to threaten tank mates and the occasional aquarist.

Firemouth Cichlids are carnivores and prefer a mixture of prepared and fresh offerings such as tubifex, brine shrimp, and bloodworms. They also prefer neutral to moderately alkaline conditions (pH 7.0-8.0) for best health and breeding!

Swordtails are another Mexican species that gets along great with both Firemouths and Parrot Cichlids. These livebearers are on the larger side; I don’t recommend keeping Guppies and Platies as they are easily bullied and may occasionally be eaten by a persistent Parrot Cichlid.

Swordtail males have beautiful lower fin extensions used to show their fitness to both rivals and females. Even females will occasionally scrap with each other. When attempting to spar they use their fins in a complex dance that’s mesmerizing to watch!

Like all livebearers they are some of the easiest fish to breed so long as you keep them well fed and the water quality suitable. As American natives they prefer neutral to slightly alkaline water chemistries but Swordtails are highly adaptable.

Gouramis are a diverse family of Southeast Asian fish that includes the popular Betta or Siamese Fighting Fish. All Gouramis are partial air-breathers that prefer being kept in slow moving or still, warm water. Since these conditions are typically low in oxygen Gouramis have an advantage over fish that can’t breathe air.

Most Gouramis are excellent Parrot Cichlid tank mates due to their deep bodies and peaceful to semi-aggressive nature. Most of the species in the genus Trichopodus are semi-aggressive, especially the Blue or Three Spot Gourami. The Paradise Fish (Macropodus opercularis) is another that can easily hold its own with a Parrot Cichlid.

The rest tend to be more on the peaceful side, so gauge your Parrot Cichlid’s personality to ensure they won’t have much trouble!

Graceful and mild mannered, many aquarists don’t realize that the stately Angelfish is actually a species of cichlid! Unlike their cousins, Angelfish never feel the need to dig or tear up plants by the roots. In fact they evolved their compressed form and vertical stripes to glide more easily among aquatic weeds.

Aquarists have since shaped Angelfish into dozens of varieties, including Gold, Koi, and Marble. Altum Angelfish are occasionally available, which are a wild-caught variety separate from P. scalare. I don’t recommend keeping these with Parrot Cichlids as Altums are notoriously shy and sensitive to tank mates and water conditions.

That said, Angelfish can be a little pushy towards one another. And they are not above snapping up tiny Guppies or Neons if they can fit them in their mouths!

If you’re looking for busy bottom dwellers, look no further than the active, adorable Corydoras! These schooling catfish rarely grow beyond 2-3 inches however their fin spikes and armored flanks make them impervious to even the angriest Parrot Cichlid.

Cories have several odd habits, including rolling their eyes and dashing to the surface for gulps of air. Since Parrot Cichlids are fairly large I recommend keeping them with Emerald green Corydoras (Corydoras splendens) or any of the Brochis species. 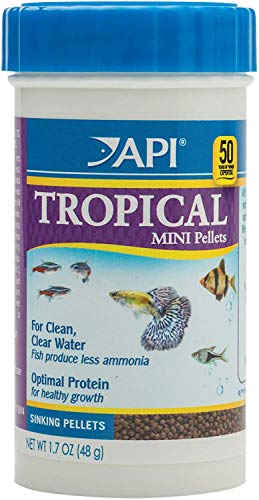 All Corydoras happily accept a wide range of foods so long as they are small enough for them. I recommend keeping sinking mini pellets on hand to ensure they get their fair share as Cories don’t compete at the surface for food too well.

Rosy Barbs are some of the largest commonly available Barbs however they are also one of the more gentle species. While males will display on occasion for the right to mate with females they rarely do other fish harm.

Their emerald green and ruby red tones are a great counterpoint to the vivid orange of Parrot Cichlids and they are robust enough to live alongside an aggressive Parrot.

Rosy Barbs prefer very moderate water chemistry; slightly acidic to slightly alkaline is bst (pH 6.5-7.5) with temperatures on the lower end (70-75F). Like most Cyprinids, Rosy Barbs are omnivores. So provide them with a mixture of blanched vegetables or vegetarian flakes to go alongside protein rich fresh and prepared foods!

If you have a larger aquarium (125+ gallons) for your Parrot Cichlid, Clown Loaches are some of the most interesting bottom dwellers you can own. These large, active loaches are brightly colored and prefer being kept in groups so they will need all of the space you can offer them.

Clown Loaches are quite peaceful despite their size. They will eat anything however they are specialist invertebrate hunters that prefer sifting in sand for buried worms and insect larvae. Loaches of all kinds love snails as well so adding them to a Ramshorn-infested tank is an easy way to clean it out!

While they can grow up to a foot long in the wild Clown Loaches typically don’t grow beyond 7-9 inches in aquaria. This makes keeping a small shoal that much easier! And like most Indonesian natives they prefer equatorial temperatures (78-84F) and soft, acidic water chemistry.

Black Skirt Tetras are a decades old staple to the aquarium hobby. While not as dramatically colored as some of their cousins they have naturally flowing fins, handsome silver and black tones, and a bold nature that helps them stand out.

Like nearly all South American Tetras, they prefer soft, acidic water and are micro predators. They should be given a mixture of protein-rich flakes, small pellets, and frozen foods like bloodworms or brine shrimp nauplii.

Nowadays, scientists have also engineered a Glofish variety of this fish. Fluorescent jellyfish and coral proteins are expressed by these fish so that they glow when exposed to UV lighting. Best of all, GloTetras are still just as hardy and easy to keep as the wild variety!