Bamboo Shrimp are a highly unusual filter feeding freshwater shrimp found in a wide path of Asia. From the Indian Subcontinent to Southeast Asia and as far north as Japan, these shrimp are found in still and slow moving bodies of water.

Bamboo Shrimp are unusual because they aren’t clawed scavengers like most shrimp. Instead, they use delicate fan-like limbs to pluck plankton and tiny morsels of food from the water column. They look like little dancers waving palm fronds, hence their other common name, the Fan Shrimp.

Since Bamboo Shrimp eat whatever’s floating by they tend to be highly visible in aquariums as they perch where the current is strongest. Large, attractive, and not at all shy, these are some of the easiest types of freshwater shrimp for beginner aquarists!

Shrimp in general are great animals for aquarists that don’t have a lot of space! They are larger than Cherry Shrimp and other dwarf species. However, they can thrive in as few as 10 gallons of space.

What’s most important is that your aquarium has plenty of hiding places, the right water quality, current, and tank mates! Aquariums smaller than 10 gallons won’t have enough current or space for an adult Bamboo Shrimp.

More space is always better as well. In a smaller aquarium, a single Bamboo Shrimp might dominate the best feeding and hiding places, causing the other shrimp significant stress. Provide 20-30 gallons of space if you intend on keeping multiple Bamboo Shrimp together.

As a Southeast Asian species Bamboo Shrimp prefer soft, acidic to neutral conditions (pH 5.0-7.0) and elevated tropical temperatures (75-84℉). They can tolerate alkaline conditions but they stay in much better health with the right water chemistry. 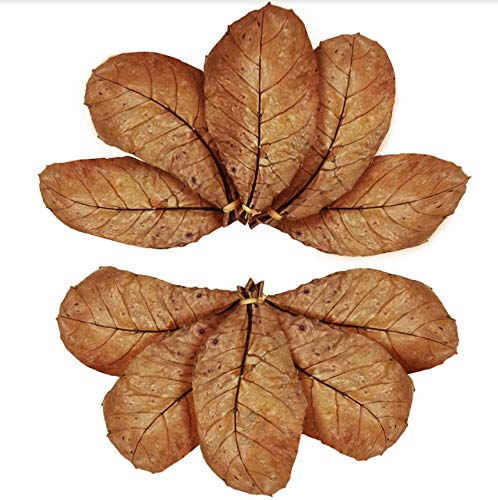 In order to buffer the pH towards acidity, you can add driftwood and other sources of plant tannins. While they tend to stain the water a dark tea color, they help reduce the pH and make soft water species like Bamboo Shrimp more comfortable.

Like most invertebrates Bamboo Shrimp are more susceptible to nitrite and nitrates than fish tend to be. Levels above 20ppm, which are fine for fish, can severely weaken or kill shrimp. Ammonia levels should also be carefully monitored to avoid untimely shrimp or fish deaths.

Bamboo Shrimp are very mild mannered for such large shrimp. Unlike their large, rude cousins the crayfish, Bamboo Shrimp have no desire to uproot or eat any aquarium plants. Even soft leaved species will be left alone.

In fact, you should always try keeping them in planted aquascapes. Plants use ammonia and other waste products as food, assisting your filter in keeping your water extra clean. Healthy plants also grow thin biofilms of micro organisms which shrimp then feed on.

Plants also provide a sense of security for shrimp, which are very low on the food chain. By providing more hiding places your shrimp will feel secure enough to be constantly visible.

If you’re unsure on whether to go with sand or gravel know that either is a great choice for Bamboo Shrimp care. They tend to spend most of their time crawling among the plants, rocks, and driftwood trying to find the best places for water flow.

While they are a larger freshwater shrimp Bamboo Shrimp are entirely peaceful. They can be kept with any aquatic animal that won’t eat or harass them. Since they are filter feeders even smaller fish are safe with them, including Guppies and Tetras.

Bamboo Shrimp are also safe to keep with other invertebrates, including Cherry, Ghost Shrimp, and snails. They are also easy to keep in groups, however you should make sure they all have some access to areas of water flow.

Bamboo Shrimp tend to jostle with one another for the spots with the best water flow (and food) potential. If one shrimp hogs a single location it can be harder for your other shrimp to filter feed.

But be careful; the majority of larger crustaceans, like freshwater prawns, crayfish, and crabs, tend to be troublesome. Most are opportunistic predators that use their claws to pin down and devour whatever they can catch. To them a Bamboo Shrimp is an easy meal.

The worst tank mates for Bamboo Shrimp are animals that can eat them. Large fish need to be paid special attention to, even if they tend to be peaceful, like Angelfish. Shrimp are a favorite food source for most fish and the waving limbs and antennae of Bamboo Shrimp make very tempting targets.

When choosing tank mates you should also be aware that like all crustaceans Bamboo Shrimp molt. Their shells don’t grow along with their insides and need to be shed every few months as they get bigger.

However, all crustaceans are very vulnerable because their new shell is soft and takes a few hours to harden. Peaceful fish that would normally ignore an armored Bamboo Shrimp might suddenly decide to try tasting a soft shrimp delicacy…Shrimp typically hide or molt at night to avoid predators but not always.

Feeding is one of the funnest parts to Bamboo Shrimp care! They will grub about on the bottom for snacks like most shrimp. But they typically only do so when they know they won’t find food any other way. If you want to watch them feed naturally, make sure they have access to the outflow of your filter or another area of high water flow.

When hungry Bamboo Shrimp stretch out their specialized limbs. Covered in bristly hairs, these claw-like extensions trap floating particles of food. The shrimp then delicately “licks its fingers” before reaching back out into the water column.

Free floating foods like powdered flake food and baby brine shrimp are the best things to feed Bamboo Shrimp. However they aren’t picky and will accept larger items, including brine shrimp, small pellets, and blood worms. Live daphnia are a special treat for them.

Since they are filter feeders you’ll need to be careful not to overfeed since their food tends to get everywhere. Use an eyedropper to place food close to them so they can snatch it right up. Otherwise, leftover food can decay, contributing to a rise in ammonia and other nitrogenous waste byproducts.

Some aquarists also keep Amano Shrimp (Caridina multidentata) side by side with Bamboo Shrimp. Amano Shrimp are prolific breeders and regularly produce planktonic young. These free-floating babies are eaten with relish by the filter-feeding Bamboo Shrimp!

While difficult it’s not impossible to sex Bamboo Shrimp. The males tend to be larger, for one. Females have three walking legs that are all the same size. On the other hand, males have an enlarged first set of walking legs that they use for grappling and engaging the females during mating.

Unfortunately, breeding these fascinating shrimp is next to impossible in the home aquarium. Like many invertebrates the young hatch and develop in brackish and saltwater estuaries. As they grow they eventually migrate back to the freshwater habitats of their parents. Recreating this dynamic isn’t really possible in captivity.