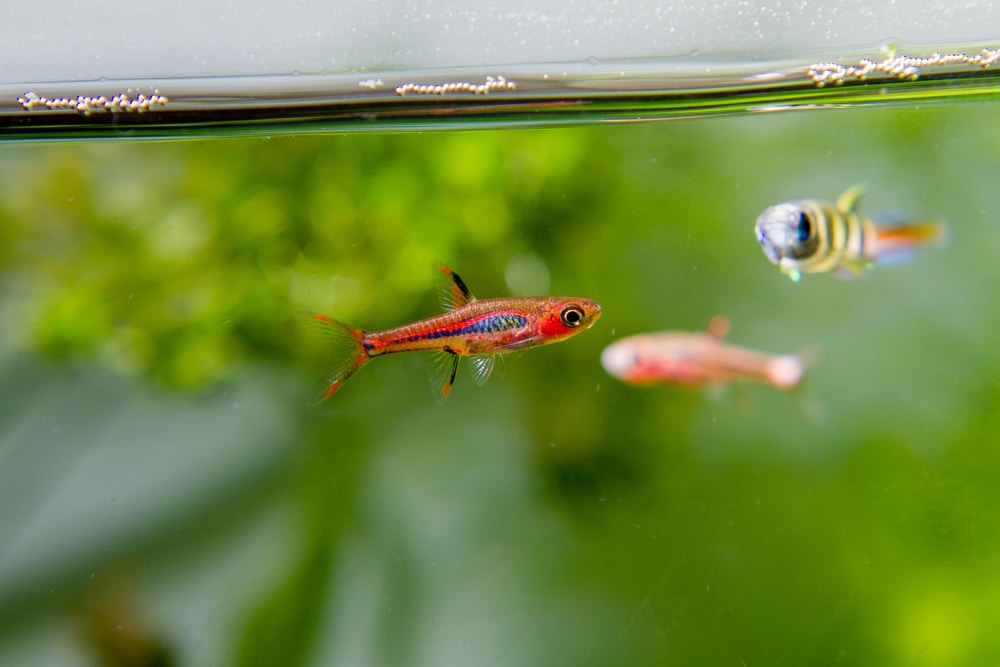 I absolutely love unusual aquarium fish. While most Rasboras are commonly seen in pet stores there are a few species out there that may make you take a second look.

The fiery Chili Rasbora is just such a fish. They are so small a shoal of a dozen or more individuals would leave even a 10 gallon aquarium looking empty! If you’re a fan of tiny fish, they are some of the most interesting shoaling fish for a biotope tank!

What Are Chili Rasbora?

Chili Rasboras have been around for a few decades. But only recently, with the surging popularity of nano fish, have they become more common in pet stores.

They also go by the name “Mosquito Rasbora,” supposedly because their discoverer, Dieter Vogt, was repulsed by the number of mosquitoes found in their native habitat. Chili Rasboras are found in densely forested, tea colored blackwater pools and streams; the perfect breeding ground for mosquitoes.

There are actually a few closely related species that are all part of the genus Boraras. Which complicates things somewhat because the names are often used interchangeably. Chili Rasboras are Boraras brigittae, named after the wife of Dieter Vogt.

However, you might also come across B. merah, the Phoenix Rasbora, B. naevus, the Strawberry Rasbora, and so on. Worst of all, none of the names I just gave are used consistently by breeders except Chili Rasbora…That said, they all share identical care requirements.

The other Boraras species have different spot patterns and some even have stripes. Since many are still very new to the hobby I don’t recommend keeping them together. Closely related fish like these are likely able to crossbreed. This would “pollute” the gene pool should you sell them back to a pet store.

While very tiny, all Boraras Rasboras are great aquarium fish for the right tank. But from here on out, we will focus our attention specifically on the Chili Rasbora!

As true nano fish you have a load of options when caring for Chili Rasboras. They are so small a group of half a dozen will find a 5 gallon aquarium quite comfortable. That said, they are very shy fish and prefer as many of their own kind around as you can afford.

10+ adults are more comfortable for both the Rasboras and you as you’ll get to observe their complex social dynamics. Inspired by the greater sense of security your Chilis will be less shy and more likely to stay out in the open.

If your filter is on the strong side you might want to opt for a larger aquarium to help disperse the flow somewhat. Most of the time we want a filter with a high gallons per hour (GPH) rating to process more water.

However Chili Rasboras tiny fish from slow moving streams and don’t appreciate having to fight against a strong current. A larger tank allows you to direct the flow someplace where the fish can escape the onslaught.

Given how small their bioload is, even a sponge filter in a planted aquarium is more than sufficient for a species tank with just Chili Rasboras.

Water quality is by far the most important aspect to keeping Chili Rasboras healthy. They are being bred in greater numbers in captivity. However they are still not too far removed from their wild ancestors, which means they are still adapted for very specific water conditions. 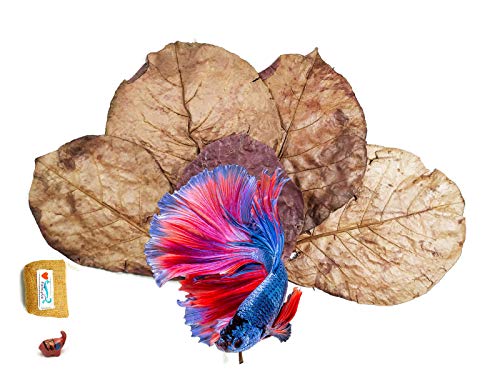 Chili Rasboras come from blackwater streams and ponds. These waters flow through peat moss beds and thick jungles that constantly drop leaves and twigs into the water. As a result the water chemistry is extremely soft, with next to no measurable hardness, rich in tannins and humic acids, and a pH as low as 4.0; highly acidic.

If you’re serious about keeping Chili Rasboras alive you really need to keep a close eye on your water conditions. While pH 4.0 isn’t strictly necessary anything over 6.0-7.0 is actively stressful for them and rules out breeding. 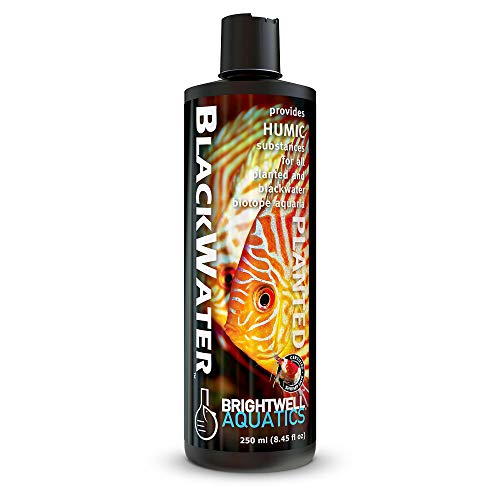 Brightwell Aquatics Blackwater Water Conditioner with Humic Substances for All Planted and...
$12.99
Buy on Amazon

Dead plant additions like Indian Almond leaves and driftwood slow-release tannins into the water, helping to bring the chemistry in line. However you really need to keep bottles of blackwater extract on hand to prevent a water change from removing the small amounts of plant chemical agents released by them.

Temperature is also critical for them. If you study a map you’ll see Borneo sits directly over the Equator! That means it’s steamy and hot 365 days out of the year. Temperatures in a Chili Rasbora tank should remain at 80-86℉.

Don’t let temperatures fall for long below 76-78℉ as it weakens their immune systems and opens them up to opportunistic infections like ich and fin rot.

Given their slight sensitivity I recommend adding them to mature aquariums only unless you’re certain you can manage the water chemistry as it cycles. New tank syndrome is very real and can be fatal for Chili Rasboras.

Finding the right plants can be a bit of a struggle though since not all plants thrive in temperatures beyond 78℉. Look to plants that do well in Angelfish and Discus tanks, two other equatorial blackwater fish that like things hot. 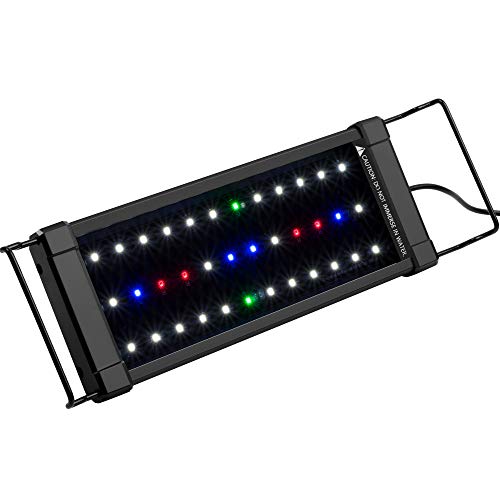 Amazon Swords, Java Fern, and Java Moss provide the cover Chili Rasboras need and are all easy to grow. Java Fern and Java Moss are excellent low light plants however many other tropical species need full spectrum lighting to thrive.

When it comes to substrates, Chili Rasboras aren’t too picky. They are surface to midwater dwellers and far too small to dig or uproot decorations. I recommend choosing sand or gravel; whichever works best for your plants and your personal aesthetic.

If you can, I also suggest mixing in peat moss, sphagnum moss, or using a soil base layer. Both of these will not only boost plant growth but are another slow-release source of tannins that will buffer your water towards acidity.

Stick to a darker substrate. Brown is good; black is better. The contrast it lends to the green plants and fiery red and black tones of your Chili Rasboras will really help your aquarium pop, even from a distance!

Paler substrates tend to wash out fish colors. Your Rasboras will fade to keep from standing out, lest predators pick them off.

Finding tank mates for Chili Rasboras is both easy and difficult because they are just so tiny! Even fish that you wouldn’t think of as problematic, like Tiger Barbs, can be intimidating or even aggressive towards nano fish.

The best tank mates by far are other Chili Rasboras. They are sometimes eye-wateringly expensive for such tiny fish but you absolutely need 6-12 minimum. After that, stick to other nano fish and invertebrates.

Many of the best nano fish come from similar habitats and thus share the same water quality requirements. Sparkling Gouramis are a great choice, as are smaller Tetras like Neons. Endler’s Livebearer (Poecilia wingei) is a Guppy relative that doesn’t like waters quite so acidic but will do great at pH 5.5+.

Stick to peaceful, soft water fish smaller than 2 ½ inches in length. Fortunately, there are literally dozens of suitable fish in the aquarium hobby! Betta fish are excellent tank mates for Chili Rasboras.

They have a reputation of being “mean” but Bettas actually save their aggression for each other, especially other males. They tend to ignore anything that isn’t a Betta, though they may chase Guppies and other colorful, long finned fish.. Bettas also thrive in acidic, heated aquariums rich in plant tannins!

The worst tank mates are large, predatory, or territorial fish. Even fish that are typically peaceful, like Angelfish, will gladly snack on a tiny Chili Rasbora once it gets a bit bigger. And fish greater than 3 inches in length are simply too intimidating for nano fish even if they’re entirely peaceful.

Nearly all invertebrates are fine with Chilis except Crabs and Crayfish of all kinds, which are opportunistic predators. They will happily snatch a Rasbora that’s sleeping, unwary, or sick.

This is another reason why keeping them in planted aquariums is a good idea: plants foster the conditions that tiny organisms thrive in. This helps provide a steady source of live food on hand without you needing to cultivate it!

Chili Rasboras will accept powdered flake, micro pellets, and other prepared items. But you really do need fresh and frozen foods if you intend on breeding them. Live or frozen brine shrimp nauplii, daphnia, and micro worms are prey items just like what they would be feeding on in nature.

These help condition your Rasboras and provide essential nutrients to help form gametes (eggs and sperm).

While Chili Rasboras are moderately difficult to care for if you follow all of the advice I’ve given above you’re very likely to breed them with ease!

First, it’s worth mentioning that like most Rasboras they aren’t true schooling fish. That is, they don’t lump together in a group and swim constantly unless they are feeling threatened. The adult males tend to form little territories with strict borders. They then stand off against one another and display constantly while the females and subordinate males loosely group.

Sexing them is therefore fairly easy to do. Females don’t form territories, are slightly longer and plumper, and are either a pale pink or clear in color. Males, on the other hand, are a brilliant ruby red, especially in the right water conditions.

Assuming you’re providing them with the right conditions you’ll see the males begin to make advances towards the females that wander through their territories. Once a female is receptive, she will follow her mate of choice into a mass of weedy plants where they embrace.

Chili Rasboras are egg scatterers, meaning they provide no parental care once the eggs are laid. They are sticky and adhere to the first surface they touch.

The eggs then need time and a bit of luck to avoid being eaten by passing shrimp, fish, or other predators. Once they hatch the young are extremely tiny and thus unable to eat brine shrimp nauplii and other standard fare.

Instead, you’ll need to cultivate infusoria and other single celled, microscopic organisms for them. Mature aquariums with plants and driftwood typically cultivate healthy biofilm layers as well.

Biofilm is a generic term for any sort of organic film (slime) made of unidentified micro organisms. Shrimp, snails, Otocinclus, and other Chili Rasbora tank mates also love eating biofilm.

Your baby Chili Rasboras will readily feed on this near-infinite food source as well, eventually growing into young fish that will accept brine shrimp nauplii and micro worms, much like their parents.

Given how high in demand Chili Rasboras are it’s well worth trying to breed them. So long as you follow the instructions above you’re very likely to have a constant supply of babies to sell back to your local fish store!