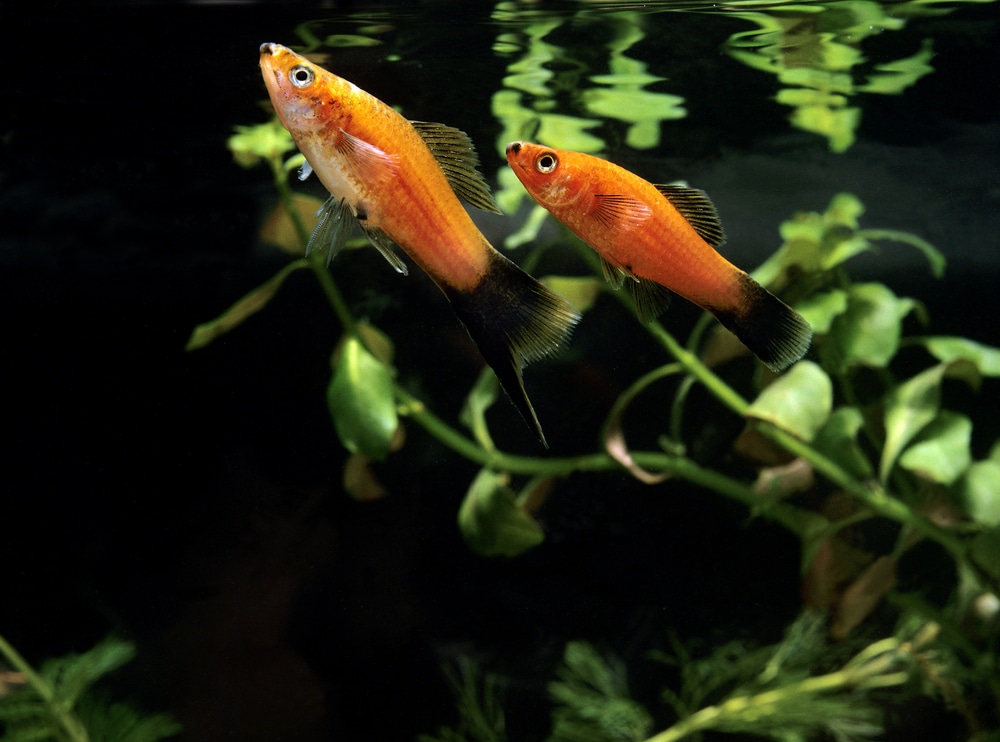 Platies are often considered the ideal community tank resident. Peaceful, active, and colorful, they get along with just about any fish in the trade that won’t bully or try to eat them! If you’re the happy owner of a pair of these fascinating livebearers consider keeping them with any of these top 10 Platy tank mates!

Here are 10 of our favorite tank mates for platies:

While the females are a subdued silver color you’ll get much better color from your male by giving him someone to display to! Like their cousins the Bettas Dwarf Gouramis build bubble nests for their eggs and fry after they spawn.

Like Platies, they have been bred in aquariums for decades and are tolerant of a wide range of water conditions. However if you’re looking for best color and to spawn them, try to keep them in acidic to neutral pH (6.0-7.0) and moderately high temperatures (76-80F).

Swordtails are closely related to Platies and both are some of the most popular Livebearers in the aquarium hobby. Since both come from the same part of the world they share identical care requirements: they prefer neutral to alkaline water (pH 7.0-8.0) with a touch of salt and a mixture of plant and animal fare to eat.

Being so similar in appearance, Swordtails and Platies will readily hybridize with each other, creating offspring with characteristics of both species. Swordtails are slightly slimmer and significantly longer than Platies but are just as peaceful.

Blue Rams are a popular dwarf cichlid species, meaning they max out at around 3 inches. While they do have some of the characteristic cichlid feistiness and territoriality they are too small to claim much tank real estate and very mild overall.

Blue Rams come in an assortment of breeds, including German Blue, Albino, and Butterfly (long-finned). Personally, I find the wild type more than enough; both the males and females are filled with contrasting blue, gold, black, and red!

Even when breeding Blue Rams don’t give their tank mates too much grief as long as they give the new parents some room. They are avid diggers and appreciate a sandy substrate to dig small pits in.

If you want to see some of their natural behavior consider adding Tubifex worms, which can colonize mature substrates and provide your Rams and other fish a constant supply of live food!

The common Betta is a fish that gets a really bad rap. Many aquarists think Bettas need to be kept by themselves because they are far too mean to live in a community tank.

The truth is that male Bettas are only vicious towards one another. Bettas make great Platy tank mates and can even be kept with groups of females in a Betta sorority! They are some of the hardiest fish around and will survive unheated bowls and vases with plants that do little for them besides absorb some excess nitrates.

However they love being kept in heated aquariums with adequate filtration and tank mates for stimulation! You’ll see your Betta thrive, fully extending his fins, vigorously exploring, and occasionally chasing a tank mate in a fit of aggression but rarely fighting.

Bettas are rather slow and their long fins slow them down even further. The majority completely ignore their tank mates, however.

Neon Tetras are one of the most iconic fish in the hobby. Beautiful, inexpensive, and hardy, they have a simple yet striking pattern that’s eye-catching and gets better with the more you buy. Being small, schooling fish they love their own company so be sure to buy at least six for them to feel secure and willing to explore in the open.

Tetras as a whole are excellent Platy tank mates. A few, such as the closely related Cardinal Tetra (Paracheirodon axelrodi) have more demanding needs in terms of water quality and don’t work as well with the hardier, salt and alkaline-loving Platies.

Algae eaters are mandatory for most freshwater aquariums because the large fish population creates nice, fertile water for it to take hold. While Common Plecos are efficient but large, Dwarf Otocinclus are a great alternative that stay small.

Dwarf Otos are small, schooling fish that are actually a collection of closely related species. However the most common is Otocinclus vittatus. While they do breed in aquaria the majority are wild-caught.

So I recommend providing them with plenty of plants and nutritious food so you can help supplement the tank-bred population enough to reduce dependence on wild stocks! I discuss Dwarf Otos in detail, including breeding in my Dwarf Otocinclus Care Guide! 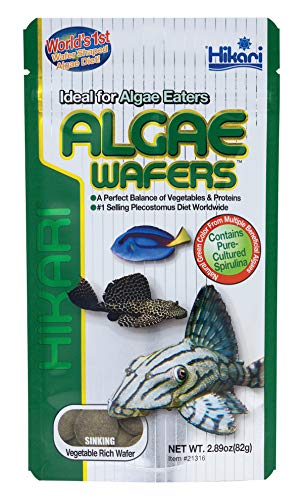 As efficient as they are at eating algae, you’ll likely see your tank run low on greens. When that happens, you’ll need to provide supplemental food because Otos won’t feed from the surface like other fish.

Pea Puffers are one of the most unusual fish you can keep. These micro predators hunt in the weeds and along the bottom for invertebrates of all kinds. Shrimp, tiny crabs, worms, and other prey are attacked on sight. Their tiny mouths have strong teeth to crunch through shells and tug snails right out of their homes!

Puffers are curious and active but occasionally a bit nippy towards fish with long, flowing fins. Since Platies don’t typically have these tempting extensions Pea Puffers are great Platy tank mates.

Male Pea Puffers are also a bit territorial but save most of their aggression for their own kind; females typically wander where they please. It’s best to keep them in small groups of 3-6 to ensure they focus on each other.

Other Puffer Fish such as the Green Spotted Puffer (Dichotomyctere nigroviridis) tend to be brackish water fish. They will also do well with Platies assuming you provide the right balance of salt for both species (Platies are not brackish).

If you’re looking for a fascinating invertebrate to keep with your Platies Ghost Shrimp should be at the top of your list.

They get their name from their translucent bodies, which are mottled with cryptic (camouflage) patterns to help them blend in among weeds and the bottom of bodies of water. Ghost Shrimp eat literally anything, from algae and decaying leaves to flakes and worms.

Ghost Shrimp are also hardy and thrive in a wide range of water chemistries and temperatures (65-80F), though a touch of salt keeps them in tip-top shape! They don’t live especially long, typically 1.5 years and are difficult to breed because their young have a planktonic phase.

However they are sold by the thousands as feeders, making it simple to rescue a few lucky shrimp from your local pet store!

Barbs are as a whole good tank mates for Platies because both are hardy omnivores that are inexpensive and easy to find and breed. However the CHerry Barb is more like a Tetra in many respects.

Unlike some of their cousins (Tiger Barbs, Tinfoil Barbs, etc) Cherry Barbs are very shy fish. They not only need active dither fish to feel secure but should also be kept in groups of at least 5 of their own kind.

Cherry Barbs do best in heavily planted aquariums where the glint of their vivid red bodies contrasts nicely with the dark greens as they flit in and out of your plants. Females are much more subdued in color. However males only put on their best colors when there are both females and other males to compete with.

I don’t typically recommend snails because they can be very hard to control, especially Ramshorn and Trumpet Snails. However Zebra Nerite Snails are some of my favorites because they can’t breed in freshwater. They have to have brackish or saltwater to reproduce; they will lay eggs but they won’t develop and form a pest epidemic.

Nerite Snails are detritivores but have a strong preference for green algae of all types. They will lick clean the glass, plants, and other aquarium decoration while also scrounging for leftover flakes and pellets.

Nerite Snails come in a variety of patterns and colors and a small collection along with some Dwarf Otos will ensure algae never becomes an issue in your tank!