Oranda Goldfish are definitely one of the most easily recognizable Goldfish breeds, second only to the Black Moor or Telescope Eye. They are chunky, spunky, and beautiful to behold, with a large head growth that catches the eyes.

While the beginnings of most Goldfish breeds are well understood the origin of Oranda Goldfish is actually a bit mysterious! It’s often thought that they are hybrids descended from Chinese Lionheads and Japanese Fantails (Ryukins).

However a recent genetic analysis suggested that Orandas are actually direct mutations from Japanese Fantails. The head growth, known as a crown or wen, re-appeared in their line, rather than being passed on from Lionhead Goldfish.

Regardless of how they came to be, Orandas are easily found in most pet stores. Specialty breeders also sell them for hundreds or even thousands of dollars apiece. But you can spend far less and still have a beautiful Goldfish that will provide enjoyment for decades if well cared for!

A cute, wobbly baby Oranda may be small enough for a 5 or 10 gallon aquarium. But you should be thinking about long-term care with fish that can live for 30 years or longer! Orandas are still Goldfish and that means that they will get pretty large.

6-8 inches is perfectly normal for adult Orandas and they are known to reach 12 inches in ideal conditions. 20 gallons is an absolute minimum for a single Oranda with 30 gallons being much more comfortable for them.

Remember that deep-bodied fish are also quite messy and produce a lot of waste compared to smaller fish. This simple fact is why the inch per gallon rule is a myth; 6 1-inch Neon Tetras do not equal one 6-inch Oranda as far as the load placed on your filtration.

Larger tanks provide extra cushioning to prevent drastic changes in parameters from suddenly killing your fish as well. So err on the side of larger when buying a tank for your Oranda Goldfish.

Being Goldfish, Orandas are quite hardy and tolerant of a wide range of water conditions. Temperatures should stay between room temperature and tropical conditions (60-78℉). Unlike Goldfish that are closer to their wild ancestors, Orandas aren’t as cold-hardy.

You may have some success acclimating them to a container pond outdoors in temperate climates. But they are less likely to survive the winter because they have been bred in warm indoor environments for so long that their cold resistance is greatly diminished. That’s why I recommend keeping them with a heater or at room temperature. 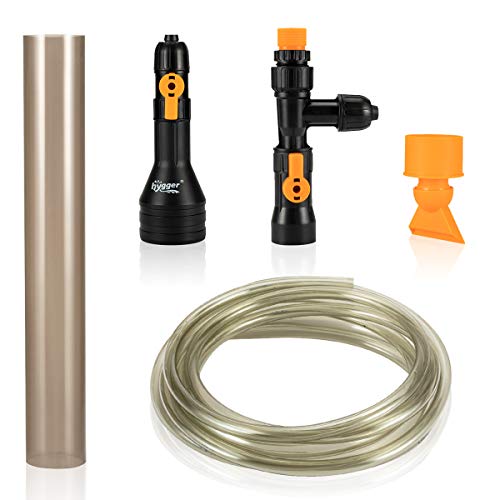 Orandas are also slightly more sensitive to ammonia, nitrite, and nitrate compared to common Goldfish. If ammonia levels remain too high, they may develop black scales, fin rot, and mucus patches on their bodies. So make sure that you perform regular water changes to supplement your filtration.

Oranda Goldfish are unfussy when it comes to water chemistry, though. Slightly acidic to alkaline conditions (pH 6.5-7.5) are ideal, with neutral being best for them (pH 7.0). A touch of aquarium salt also stimulates slime coat production and boosts gill ion exchange.

Oranda Goldfish can make life very difficult for your plants and aquascaping. If you’ve ever owned Goldfish then you know they love to dig! They are sifting through the gravel and sand grains hoping to find buried morsels.

However Goldfish aren’t very good at putting the substrate back the way it was. If you keep them in aquariums with sand they will leave little piles all over the place where they’ve dug. If you don’t mind this then it’s a great way to see Goldfish engaging in their natural behavior.

Otherwise, I recommend keeping Oranda Goldfish on gravel. The grains are heavier and more likely to fall back into the holes they dig.

Gravel is also better for your plants when keeping them with Goldfish. All of that digging tends to disturb plant roots, which stresses them greatly. Your Goldfish may even eat soft plants like Anacharis and Cabomba. Or simply grab and uproot loose plants, looking for worms and bugs underneath.

It’s best to choose either plants that are well established in gravel. Amazon Sword plants and other varieties with large leaves and root masses will be much more securely fastened.

You can also use epiphytes like Java Fern and Java Moss! These plants don’t root in the gravel. Instead, they attach directly to rocks and driftwood, getting all of the nutrition they need right from the water column.

Epiphytes are also very low light tolerant and don’t need specialized full-spectrum lighting! Lastly, most either have tough leaves or taste bad, discouraging your Goldfish from damaging them.

While Oranda Goldfish are tough on substrates they are very friendly when it comes to tank mates! Nearly any fish that’s peaceful, not too small, and thrives in the same temperature range can live alongside an Oranda!

What you need to watch out for are fish that are aggressive or territorial. Large Cichlids are terrible tank mates for Orandas because Goldfish don’t understand what a “territory” is. They will bumble about, getting bitten, and being toothless they have no way to defend themselves.

Instead, choose medium sized community fish like Gouramis, Barbs, Danios, and Livebearers. While Orandas aren’t aggressive, they are opportunistic. A baby Livebearer or Tetra may be eaten but adults are going to be safe.

If keeping your Oranda in room temperature water make sure you choose coldwater tank mates like Zebra Danios or North America natives like American Flagfish and Gambusia!

I would not keep Orandas with invertebrates except maybe large Mystery Snails. Baby snails are crunchy snacks for them as are most freshwater shrimp. After all, invertebrates are exactly the kind of food Goldfish look for in nature.

If there’s one thing Orandas love to do, it’s eat! Feeding Oranda Goldfish is incredibly simple because they will eat just about anything that hits the water! Like humans Goldfish are omnivores, meaning they need to eat both plants and animal matter to stay healthy. 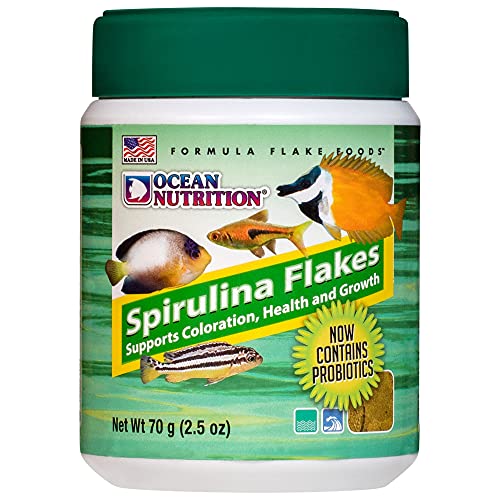 I recommend offering a wide variety of plant-based products as a base for their diet. Japanese nori (seaweed), Spirulina flakes and pellets, blanched vegetables like peas, spinach, and zucchini…All of it will be greedily devoured and provide plenty of roughage to aid digestion.

I also sometimes offer bunches of soft aquarium plants like Anacharis and Cabomba as well. These plants tend to grow in huge amounts in sunny outdoor ponds, making them incredibly cheap appetizers for your Oranda Goldfish.

You can supplement these with a variety of animal-based products. Insects, worms, krill, and frozen brine shrimp, daphnia, and bloodworms are just a few of their favorite things to eat.

While Goldfish pellets are a great starting point variety provides not only stimulation but extra nutrients that bolsters fish coloration and health.

Breeding Oranda Goldfish can be done indoors or outdoors. I believe container ponds are the best way to breed Goldfish because temperature variation stimulates spawning. Goldfish typically spawn in the late spring/early summer in temperate regions.

If kept indoors you will be much more likely to succeed if you give them a cool period simulating winter, followed by a gradual warming up.

Sexing Orandas can be a bit of a challenge because the males and females look so much alike! Goldfish females are typically a little plumper than males but Orandas of both sexes are quite plump!

Therefore, you’ll need to be on the lookout for breeding tubercles as the temperatures start climbing. These are bony growths that develop on the gill covers and heads of sexually mature, hormonally charged males.

Females and young males may develop a few or none at all. But a head full of tubercles is a sure sign that you’re looking at a sexually mature male. The male will also likely be chasing females that are close to being ready to spawn, helping you identify which fish are females! 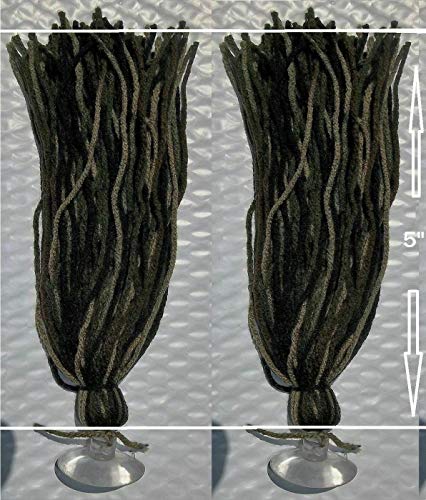 Goldfish are egg scatterers so you should have thickets of live or fake plants ready for them to spawn on. If raising them outdoors, handfuls of Hornwort are all that’s required. For indoor spawning, provide them with a thick spawning mop to deposit their sticky eggs on.

Spawning mops are great because they not only need no light or fertilizer but are easy to remove once the fish have laid their eggs! Otherwise the parents are likely to come back around and eat any eggs or fry they come across.

Once hatched Goldfish fry are helpless for 3-7 days. They will sit at the bottom getting all of their nutrition from their yolk sac, so don’t feed them as it will only foul the water.

When you see them begin to swim around, you can start by offering them brine shrimp nauplii, the fresher the better! The young will eagerly eat these baby shrimp alongside algae and other bits scavenged from the bottom as they mature into young Orandas.